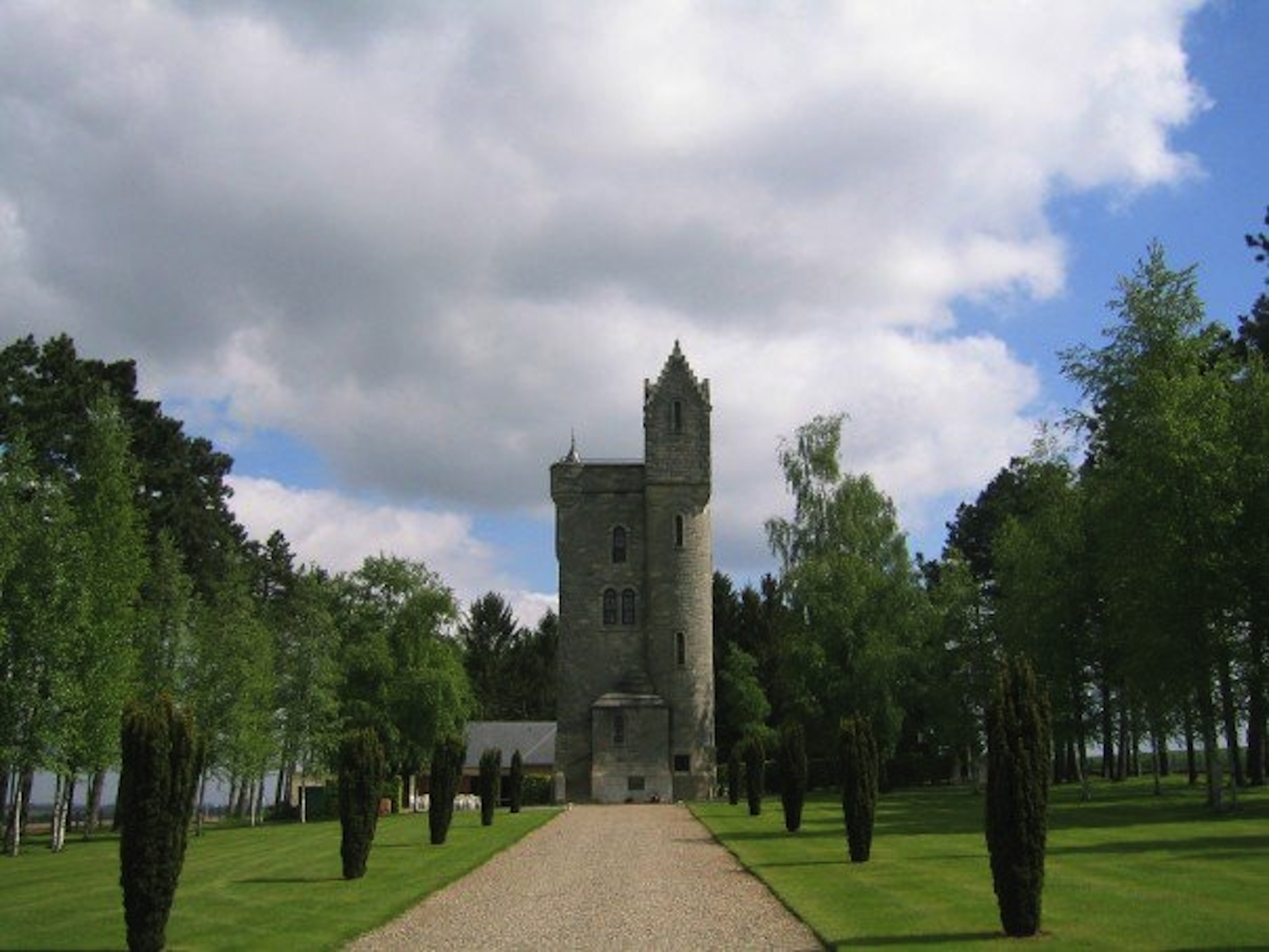 Nearly a decade ago, I was on a tour bus coming back to Belfast from a day-trip along the Antrim coast. The tour guide was a very charismatic woman keen on imparting all the secret tales and modern myths of the region, from the bombings of the Europa Hotel and the Larne gun-running to the creation of the Giant’s Causeway and Robert the Bruce on Rathlin Island. Beyond a mumbled ‘hello’ first thing in the morning, the bus driver had not said a word all day.

Then, as we neared Ballymena in the late afternoon, the driver took over the loud-speaker system on the bus. He announced to the two dozen or so of us on board that he was going to tell the story of 1916 – and he proceeded, with great solemnity and emotion, to talk about the Battle of the Somme.

His statistics were rather inflated and he hit all the expected buzzwords – blood-debt, sacrifice, Ulster, the Boyne – but there was no denying that the story of the 36th (Ulster) Division on July 1st 1916 mattered to him. This ritual of remembrance needed to be met and satisfied. It was the only time the driver spoke – the only time we heard a man’s voice on the microphone. To hear about the Somme and the Ulster Division that day was a gendered experience.

In the ten years since, gender history and, more precisely, the history of Irish masculinities has grown in a variety of fields. There has been a fair amount of controversy in recent months about how women have been portrayed in planned commemorations for the Easter Rising, ranging from active attempts to incorporate female lived experiences across the island to dramatizations of how Elizabeth O’Farrell of Cumann na mBann was airbrushed out of her place alongside Patrick Pearse during the surrender to General Lowe. Whether perceived as mere tokenism or legitimate integration into the historical fabric, women are firmly part of the Irish historical discourse. Studies of Irish masculinities, whether based on historical or contemporary issues, have yet to achieve a similar level of popular awareness.

The Somme is different yet again – to say that the Great War’s battlefields and front line trenches were masculinized spaces is something of a tautology; the absence female combatants going over the top obviously created a de facto homosocial environment. But discussions of masculinity in Northern Ireland’s past, and, more specifically, its role in the “Other 1916” hundreds of miles away from the Dublin GPO, is still something of a novelty. While “Mother Ireland” had her representatives fighting against the British in the Easter Rising, Unionist Ulster focused on images of manliness. Associating masculine virtue with soldiering and a martial lifestyle was a source of collective strength and power during the era of the Great War for many nations; romanticized violence encouraged cultural constructions of heroism, duty, and loyalty for Ulster Unionists and other communities across the British Empire. And, unlike the Easter Rising, the correlations between manliness and militarization for the Ulstermen fighting at the Somme was reserved for men only; women were cast as supporters, comforters, and loved ones during the war years, but not as combatants.

Militarization was a vital part of the relationship between the Protestant Unionist community and constructs of masculinity in Ulster. War and the threat of war had shaped all aspects of Irish society for years prior to 1916 and were key elements in the creation of modern Irish identity. As Protestant Ulstermen joined the ranks of Kitchener’s Army, the popular image of warrior masculinities seemed to provide a solution to the question of Home Rule that had monopolized the public sphere in the years leading up to the death of Archduke Franz Ferdinand. Associations between regionalism, militarization, and ideals of manhood made the soldier one of, if not the, most powerful masculine construct in Ulster Unionist society during the era of the Great War. This vision of the Protestant Unionist soldier had far less to do with the realities of modern warfare in the trenches than its engagement with Unionist society’s previous embrace of highly traditional masculine constructs regarding heroism and gallantry that harkened back to Victorian and Edwardian values. Discipline, duty, and willing self-sacrifice on the battlefield to secure Ulster’s future as part of Britain and the British Empire were common themes that united the north’s would-be soldier-heroes with popular expectations for what the 36th Division could and would achieve during the war. Soldiers from the 36th quickly came to be regarded as loyalist Ulster’s own outfit, demonstrating their supposed devotion to the Crown and Protestant ideals by proving their manliness in battle and, in turn, informing popular impressions of imperial heroism and martyrdom that Unionists could use to define themselves in the aftermath of Easter 1916.

Even when the horrific realities of the Somme became impossible to ignore, the Unionist community’s belief in the gallantry, bravery, and just cause of their men in the 36th Division was not a casualty of the war effort. These idealized standards of warrior masculinities did not lose their traditional chivalric elements, but instead blended with the events of the 1st of July to imbue Unionist Ulster with a sense of pride and regional consciousness that lasted down through the decades. In both 1916 and during the commemorations of the Somme fifty years later in 1966, the image of an Ulster warrior was recast with a highly specific Protestant Unionist masculine identity, in concert with the politics and cultural pressures of the times. With numerous events now planned to mark the centenary of Ulstermen at the Somme, can we expect this summer’s commemorations to continue the gendered patterns of old?

For much of the twentieth century, commemorations for the Ulstermen at the Somme focused on the cenotaph at Belfast City Hall every July – 2016 will be no different, with the annual wreath laying taking place on the 1st of July at 11am. Across the Channel, services will also be held the same day at the Ulster Memorial Tower at Thiepval, with massive numbers expected to attend the ceremony organized by the Somme Association. There is every expectation that this will be a highly traditional remembrance along the lines of Armistice Day and previous commemorations for the 90th anniversary of the Ulster Division at the Somme. But a more telling gendered event might be the one planned for June 21st at Belfast City Hall: “The lost lives of the Battle of the Somme.” Along with historical presentations and poetry, there will be a dramatized reading of the Halfway House, looking at two women from 1966 hearing about their fathers’ 1916 experiences – one in Dublin and one at the Somme. This evening forms part of the wider Belfast: Reflections on 1916 program of events organized by Belfast City Council’s “Good Relations Unit”; interestingly, the same reading will have been staged earlier in April at an evening dedicated to the Easter Rising. Gender inclusivity for women in the north, it appears, is being given some kind of attention, over a century after tens of thousands of Unionist Ulsterwomen signed the Women’s Declaration supporting the Ulster Covenant.

But all men have not mattered equally in the rituals of remembrance associated with the Somme and, more broadly, Irish participation in the Great War. The period immediately after the 1918 Armistice saw the blatant exclusion of northern masculinities that were not directly tied to the exploits of the 36th Division. Veterans of the 10th (Irish) and 16th (Irish) Divisions, not to mention those who had opposed the war effort entirely and championed the Rising over the Somme, were pointedly ignored in official commemorations and within the wider popular imagination as fashioned by the Unionist government and propagandists. Nationalist ex-servicemen boycotted Peace Day celebrations in 1919 to protest against this apparently deliberate attempt to represent the Ulster Division as the only Irishmen who had fought in the war; however, their objection only strengthened the Orange Order’s incorporation of and influence over memories of the Somme throughout the post-war period, which combined Orange legends from the Boyne with this recent example of northern men supposedly fighting solely for British imperialism and the Protestant cause. The imagery used in Ulster’s official war commemorations and in the Orange Order’s iconography not only changed how the Great War was remembered in the north of Ireland, but also removed the reality of Protestants and Catholics fighting alongside one another in the trenches in favour of an ascendant Unionist mythology of warrior masculinity that seemed to confirm Protestant male dominance in the north.

While the centenary of the 10th (Irish) Division at Gallipoli in April 2015 received increased attention in Ireland – most conspicuously with the presence of President Michael D. Higgins at the memorial service in Turkey on ANZAC Day – it remains unclear as to how many of the more notable 1916 commemorations will include mention of the 16th (Irish) Division at the Somme. While the loyalist Ulster Division joined the original offensive on the 1st of July, the nationalist Irish Division did not reach the trenches until later in the year; a ceremony this coming September at Thiepval will mark their presence in the battle. But the 16th Division was not at the Somme on that infamous first day of July when the British forces suffered almost 60,000 casualties. By not being on the battlefield at the “right time” to become part of that sepulchral valley, northern veterans of the 16th Division were pointedly excluded from the manly mythology of 1916; moreover, their decision to fight for Britain abroad rather than for the dream of Irish Republic at home meant that they were doubly damned, especially in republican circles.

The Easter Rising and the Somme are being given equal weight in the 2016 commemorative year in Belfast, which shows the relative success of the peace process at a national and local level. Gender, whether in its traditional expression of chivalric masculinity or through the inclusion of female voices within the processes of remembrance, has a definite place in how official commemorations have been organized; but the manliness of some soldiers from Northern Ireland’s past might very well still be a problem without any easy answers, even after the span of a hundred years.

Jane McGaughey is Assistant Professor of Irish Diaspora Studies at Concordia, and author ofUlster’s Men: Protestant Unionist Masculinities and Militarization in the North of Ireland, 1912-1923 (2012).