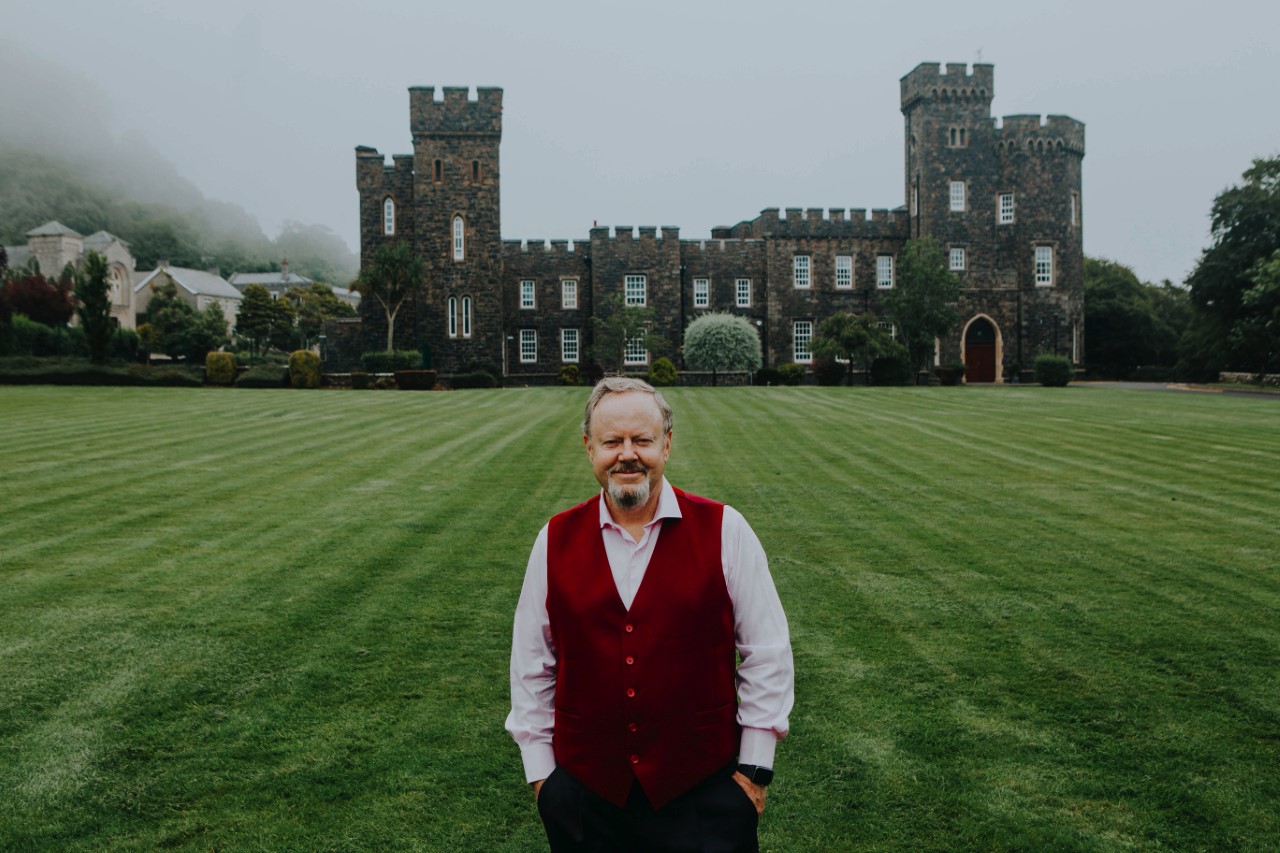 Ian McBride has set an impossible task, one that can only lead to injustice. Many books have a legitimate claim to make anyone’s top five on the Northern Ireland conflict, but here goes with appropriate apologies to numerous friends, critics, and former PhD students whom I will honor in other ways. I have gone for books which have constantly influenced me, that is books that I have re-read many  times, and to which I expect to return. The sole bias in my selection, that I can tell, is ageist: all the authors are now over the age of 60. I am not rank-ordering these books, because their genres are very distinct. What follows is in US English.

1. Lost Lives by David McKittrick, Seamus Kelters, Brian Feeney and Chris Thornton (1999, Edinburgh: Mainstream Press). The authorial  team was later joined by David McVea. This book, mostly double-columned, and over 1600 pages in its latest edition,  is a catalogue of the dead, with each victim treated with equal dignity, and with no moral hierarchy imposed. But it is far more than a catalogue. There have been other original-count databases, notably that of the Irish Information Partnership, in which Michael McKeown, Marianne Larragy and Tom Lyne played the major roles, and that of Malcom Sutton––these databases are now live on the CAIN web-site (another invaluable primary resource). Lost Lives  works aesthetically because it collates the  known pertinent public data on a generous definition of who died because of the conflict in chronological order. The “biographical” entries  are punctuated  by crisp summations of the events of each year, and, vitally, Lost Lives is graced by a reliable index. It is impossible not to be moved when reading through,  whether your sympathies be local, parochial, or detached; military, paramilitary,  or civilian; and whether reading for information on a relative or friend, or engaged in quantitative or other kinds of research. One day someone will combine this data with a thorough exploitation  of software packages from geographical information systems.  I reviewed the first edition of this book in  glowing terms  in The Times Higher Education Supplement (‘3,636 so far, and counting’; Times Higher Education Supplement, 3 March 2000.)

2. The Fair Employment Act (1989). This choice is unusual, I grant, but far too few read legislation, and this ‘book’ is fairly short. In my opinion the second Fair Employment Act was crucial in calming conflict over the long term. Its only competitors in this respect are the Northern Ireland Act (1998), which largely implemented the Good Friday Agreement,  and the legislation that implemented  the Patten Report. All these measures had to be rewritten from the initial drafts by officials that ministers had directed or approved. I had a ring-side seat in the  making and amendment of the Fair Employment Act through the House of Commons, which is why I remain so very impressed with it. In the way that only a witness can, I know that it would not have taken its final form without the assiduous work of Professor Christopher McCrudden (then of Oxford, now at QUB)––so he should be regarded as its author. McCrudden was instrumental in commissioning the surveys of the Policy Studies Institute which justified the necessary reforms—later summarized in David Smith and Gerald Chambers,  Inequality in Northern Ireland (Oxford: Oxford University Press, 1991). The late Dr Kevin McNamara, Labour’s Northern Ireland Frontbench Spokesman, used his parliamentary skills and McCrudden’s knowledge to persuade a Conservative government to do the needful. They both knew that their efforts would have come to naught without the MacBride Principles, launched in the US, and the movement that developed behind them. That story is narrated in the book from Kevin’s PhD thesis (The MacBride Principles: Irish America Strikes Back. Liverpool: Liverpool University Press, 2009.) McNamara correctly argued  that opposing these principles was the biggest error of John Hume’s admirable political life. A ‘twenty years after’ review of the effectiveness of the legislation may be found in Christopher McCrudden, Raya Muttarak, Heather Hamill, and Anthony Heath, ‘Affirmative Action Without Quotas in Northern Ireland’,  The Equal Rights Review, 4 (2009): 7-14.

3. Among other pioneering contributions, Richard Rose’s  Governing Without Consensus: An Irish Perspective (Boston, Beacon Press, 1971; London, Faber, 1971) provided the first ever proper survey of public opinion in Northern Ireland,  just before the start of the conflict. The survey was conducted in early 1968, just as my Cork parents naively completed the purchase of a house  in Carrickfergus (I was 10). The timing was remarkable good luck for Rose, for political science, and professional history – though regrettably historians on the eastern side of the Atlantic underuse social science; many don’t even read it. Of course, many of us would like to time-travel to tweak some of Richard’s  questions, and to add others, but he did a marvelous job, especially when Northern Ireland was neglected by academe just as much as it was neglected by the London and Dublin governments.  Still producing books in his late eighties,  Governing Without Consensus is Rose’s masterpiece. He had been a journalist observing the onset of the civil rights movement in the US in the 1950s and put that experience to good use. He compared reforming Northern Ireland to ‘the second reconstruction’ in the US. As an advocate of power-sharing in deeply divided places I now observe that many people complain that Northern Ireland is governed with too much consensus! There’s no pleasing some folks. Rose later became a polite but overt champion of maintaining the UK against both Scottish and Irish nationalist projects. His work is always factful and presented with lucidity. No one can displace him from being the first political scientist to analyze the conflict, using political science methods, a task he performed with gusto and vivid gloom. His dictum that there was no solution to the conflict, at least not until one side lost, set John McGarry and me on our first joint foray – see John McGarry and Brendan O’Leary (eds.), The Future of Northern Ireland  (Oxford: Oxford University Press, 1990).

4. The title of Arthur Aughey’s Under Siege: Ulster Unionism and the Anglo-Irish Agreement (London: Hurst, 1989) may seem to have a tight period focus, namely the enraged reaction of unionists to the Hillsborough Agreement of 1985. Contrary to the judgments of many, the Anglo-Irish Agreement led to the Good Friday Agreement precisely because it confronted unionists with an unpalatable choice – share power or joint sovereignty may be built over your heads. Aughey’s book, a protest, provided a signal service for Ulster unionism, namely a case that could be heard and read without embarrassment in liberal and centrist company in Great Britain. No one has ever defended a unionist  position so well, so patently void of national, ethnic, or religious bigotry. The book completely lacked the staggering amnesia and complacency found in another published the same year but that undeservedly won greater attention, namely Tom Wilson’s Ulster: Conflict and Consensus (I reviewed it brutally in Governance 1990, 3 (3).) Aughey is a political philosopher, of Oakeshottian disposition – if he fully succumbed to that philosopher’s charms he would regard all political science as valueless! His writing is fluent, and elegant; he can take a reader through Hegel without pain. Though he may object, I regard this book as the best statement of unionist integrationism and the best defense of the UK as a multi-national state. Sadly for Arthur, the foundations of the UK’s multi-national state are currently being bulldozed by English nationalists. I have never believed, because the evidence does not permit it, that Arthur’s views are a better articulation of what has actually driven most unionist people or intellectuals, but his text offers a memorable brief before the court of world opinion. I reviewed it here in the Irish Times (‘A Hegelian Inspects the Laager’, Irish Times, 6 January 1990).

5. Joseph Ruane and Jennifer Todd are a southern and northern mixed marriage of intellects, disciplines, and persons, and recognized authorities of the conflict, like McKittrick et al., McCrudden, Rose, and Aughey. The Dynamics of Conflict in Northern Ireland: Power, Conflict and Emancipation (Cambridge: Cambridge University Press, 1996, first edition), soon to be published in a revised edition, is one of three books from the 1990s that provided metareviews of the literature while advancing a synthesis and prospectus. The first was that of the late John Whyte (Interpreting Northern Ireland, Oxford:Oxford University Press, 1990), who acted as one of my first mentors. The second is Explaining Northern Ireland  (Oxford: Blackwell, 1995) by John McGarry and yours truly – memorably, if a mite unkindly, described as the work of carnivores by a late professor of Irish military history. Ruane and Todd are both original primary researchers and synthesizers, who engage and apply the constructivist approach to ethnic conflict with aplomb – with both historical and anthropological depth. They portray the recently ended conflict as the outcome of successive layerings of hierarchical rankings: colonial, ethnic, linguistic, and religious, all within wider frameworks of European, British, and Irish geographies and histories. They don’t miss the importance of imperialism. I see Todd as the key disciplinary professional in this authorial pair; sympathetic to historical institutionalism, she is a mistress of deep and revelatory ethnographic research. She has a background formation in critical theory, and it shows, but her Hegel is not Arthur Aughey’s. Like the young Hegelians, but without their naivety, Ruane and Todd look forward to the reconstruction of the collective identities currently at play in Northern Ireland. They have persistently feared that consociational arrangements may lock-in reactionary identities, weakening emancipatory  possibilities. I would like Jennifer Todd to be right, and if you read The Dynamics of Conflict in Northern Ireland you may see why. Among other reasons, this is the only book among these five to consider fearlessly and warmly the positive possibilities in Irish reunification.

Brendan O’Leary’s A Treatise on Northern Ireland (in three volumes) was published by Oxford University Press in 2019; it has just won the James S Donnelly Senior Prize for the best book in History and Social Science of the American Conference for Irish Studies. He is Lauder Professor of Political Science at the University of Pennsylvania, World Leading Researcher Visiting Professor of Political Science at Queen’s University Belfast, and  an Honorary Member of the Royal Irish Academy.

One thought on “Brendan O’Leary”