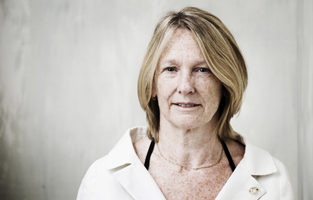 It isn’t possible to define the five best books on Northern Ireland – too much has been written with too many different sets of questions and too many possible standards of excellence. Instead I will discuss books that stimulated my thinking, and that still provide ways to understand the perspectives of those caught in conflict. For the most part, I have chosen books written before the 1990s, leaving out all recent books and many of the best ones.

David Miller’s Queen’s Rebels (Gill and Macmillan 1978) was one of the first books I ever read on Northern Ireland and it was a shock. It brought theory and theology to the study of past and present. Unionists were not nationalists, but they did have a pattern to their thinking and it was covenantal, proto-Lockean. This was a wonderfully wide-ranging interpretation that looked at the mentalities of frontier peoples, caught cultural patterns across time, and showed their roots in particular forms of social practice.

From the start, I thought that Miller only grasped one dimension of unionist thought. His book set me reading – briefly – about Covenanters, and with more lasting interest about Puritans. It was only much later that Claire Mitchell and Gladys Ganiel explained the intricacies of evangelicalism to me and their joint book Evangelical Journeys (UCD Press, 2011) is a beautifully crafted mapping of the weird and wonderful ways that people in this world think socially and politically and how they have changed since the Good Friday Agreement.

I knew other sorts of unionists existed from having grown up in Northern Ireland, but there was little written about them. Paul Bew, Peter Gibbon and Henry Patterson’s The State in Northern Ireland: 1921-72 (Manchester UP, 1979) was important not from the viewpoint of mentalities, but of socio-political structure. I like the highly theoretical Marxist first edition, which shows how the state apparatuses served to organize not just the dominant class but the dominant Protestant and unionist population, bringing together austere civil servants and populist prime ministers and keeping on board British paymasters, shipyard workers and the loyal orders. They rightly criticise too uncritical an emphasis on mentality which has to be rooted in social relations or, as they say, in the relationship to ‘different class forces’.

Nationalists hardly existed in this story because they were outside of the state and outside of the politically important class forces: like Catholics, they were only occasional bit-players – the ex-serviceman gardener at Stormont who was fired from his job (under Orange pressure) because he was a Catholic, the small farmers and textile workers, the service sector workers and the unskilled whose position and lives A. C. Hepburn analyses in his A Past Apart: Studies in the History of Catholic Belfast 1850-1950 (Ulster Historical Foundation, 1996). The argument made later by Bew and Patterson that nationalist recalcitrance encouraged hard-line unionism never convinced me, since they had already shown that unionists tended not to notice nationalists at all unless they were recalcitrant; and when they were not, the extremists repressed them anyway.

In this respect, Michael Farrell’s Northern Ireland: The Orange State (Pluto Press, 1976) was also eye-opening, not for its analysis of the state but for its understanding of nationalist dis-organization under Stormont and the constant, usually failed, attempts at political organization. Farrell gives a sense of nationalist activism and energy that can be contrasted to Hepburn’s more systematic view of the power and the constraints that reproduced distinction, and made a sense of community important. Belfast was ‘claustrophobic’ (Hepburn, 1996, 13) for Catholics, and while local organization was a defence against power, it too was usually conservative. Rural Northern Ireland also had its constraints, and more often social than political. Rosemary Harris’ Prejudice and Tolerance in Ulster (Manchester UP, 1972) shows a conservative rural society in Aughnacloy in the 1950s where, she points out (p. 148), it would have been more embarrassing to mistake someone’s religion than their gender, and equally inconceivable. Harris and Hepburn open up the analysis of practical distinction and what is called ‘ethnicity’: familial, routine, like Bourdieu’s map of the practical-conceptual organization of the Kabyle world.

The power of these ethnic constraints has to be set beside the counter-forces: the constraints were opening up in the 1960s and not for the first time. Ronald Munck and Bill Rolston’s Belfast in the Thirties (Blackstaff, 1987) is an oral history of the socialist, trade unionist, communist and republican subcultures in an earlier period when the informal rules were often tossed aside in major and minor ways – sometimes as simple as not ‘doffing the cap’ to the King. Like Ganiel’s and Mitchell’s radical evangelicals who hosted the ‘last supper’ in pubs in the 2000s and pinned ‘Judas’ on each participant’s back, they cast aside the normal ethnic constraints. But they also cast aside their everyday linkages, substituting the intense relations of alternative politics and dissident religion.

What of the liberals? Neither Marxists nor nationalists nor loyalists recognized that unionist liberals existed. Later works allow a fairer assessment. Andrew Gailey’s book on Jack Sayers (Crying in the Wilderness, Institute of Irish Studies, 1995), shows the limits of liberalism and the slowness of one of the most liberal of unionists – the editor of the Belfast Telegraph in the ‘50s and ‘60s – to act  according to his principles.  Mark Mulholland’s  Northern Ireland at the Crossroads: Ulster Unionism in the O’Neill Years  (Palgrave Macmillan, 2000)  marks a refreshing end to paradigmatic debates about whether or not there were unionist liberals by going to the archives and revealing the hopes and the principles of the time. Graham Walker’s History of the Ulster Unionist Party (Manchester UP 2004) is a sympathetic empirical mapping of the political ethos of unionism, including the liberals whom he shows existed but were  neither strong nor effective. All three books end pondering the liberals’ failure.

Failure is a good place to start in Northern Ireland, because it allows recognition of high ideals and everyday goodwill that go awry, revealing what Fredric Jameson called the ‘political unconscious’ that underlies even the most appalling political actions, choices and blindnesses. It keeps in sight horizons beyond the ethnic, and allows us to deconstruct ‘ethnicity’ to show the pattern of interests and understandings that constrain choice. It also points to the limits of political common sense, given as much by the UK and more recently the Irish state as by local routines. That the routines have changed is not in question, and that many of the same failures repeat themselves is equally clear. Perhaps the new context of Brexit will encourage scholars again to interrogate that intersection of structural opportunity, cultural repertoire and practical interest that has made failure so predictable.

Jennifer Todd is emeritus professor in Politics and International Relations at UCD. Her many publications include two recent books, Identity Change after Conflict: Ethnicity, Boundaries and Belonging in the Two Irelands (2018) and (with J. Coakley) Negotiating a Settlement in Northern Ireland 1969-2019 (2020). She is currently researching on unionisms, and the prospects of re-constructing democracy across national divisions. She and Joseph Ruane are currently writing a sequel to their Dynamics of Conflict in Northern Ireland (1996).