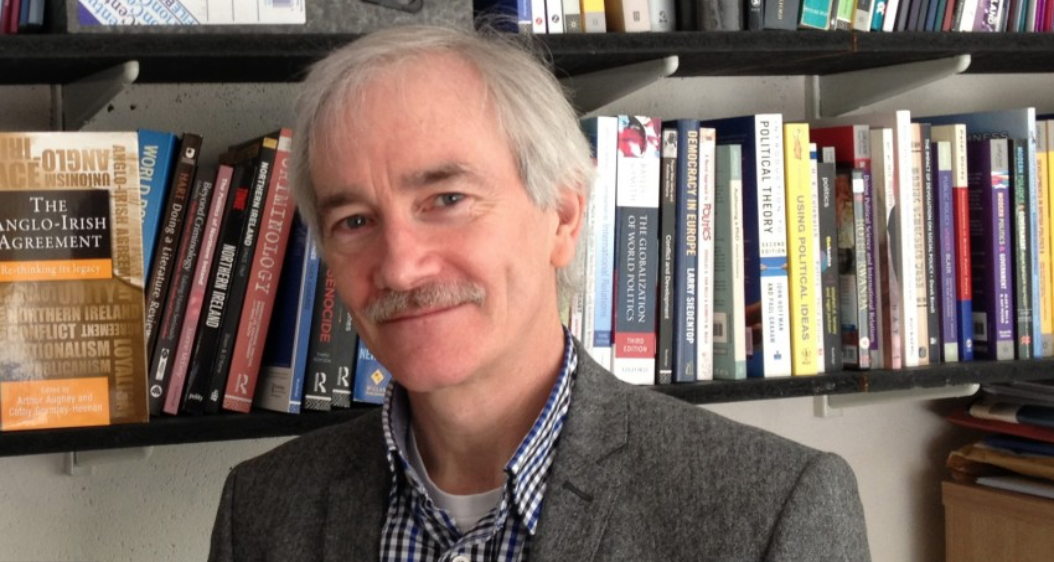 Recently I have been reading systematically the published work of Cyril Connolly whose writing was once so influential (the question why so influential is a recurring topic of reflection, for example, in Harold Nicolson’s Diaries). And yet now, when I mention his name, very few people appear to have heard of him, even fewer to have read him. It is a lesson for us all, with lesser talents and claims, in the transience of prominence and significance. I mention Connolly because in his book The Modern Movement, subtitled One Hundred Key Books from England, France and America 1880-1950, he argues that his word ‘key’ implies criteria other than ‘best’, noting that compiling a list ‘suggests a morbid preoccupation with the flight of time’, a justification perhaps for what Connolly admits is an idiosyncratic collection, chosen mainly on the basis of their impact on Connolly’s personal life, experience, intellectual growth, in other words ‘key’ for him at different periods in his life. So, taking my cue from Connolly, I propose the following five books, key in a similar way to Connolly’s meaning.

1. It is often difficult to convey to students today, overwhelmed by data of all sorts, by large publisher’s lists on any subject, and by endless online commentary, the intellectual ‘moment’ (to adapt Bruce Ackerman’s term) occasioned by the appearance of a particular book in the ‘old days’ (by which I mean in this case 1971). The book was Richard Rose’s Governing without Consensus. I went to Queen’s University in 1972 and chose to study Politics as part of my first year programme not, it should be said, because I had any great interest in the subject at the time but because its seminars and lectures were conveniently scheduled in the morning and around midday, allowing me to avoid being on the streets of Belfast after dark (I had changed my course from Psychology having been caught one evening on the fringes of a gun battle between army and loyalists at Shaftesbury Square). As Cornelius O’Leary put it in his review of Rose’s book, Northern Ireland had been terra incognita for the political scientist (emphasis on the ‘scientist’) and books on the subject rare or what he called ‘two dimensional’. So I can remember still the excited interest when one of my fellow students turned up in class with his own copy of Governing without Consensus (almost unheard of), access to library copies always difficult to secure. Rose’s ‘Ulster’ was an event (he was mobbed by the rest of us) and the discussion about the findings was spontaneous and animated. O’Leary doubted how persuasive those (1967) survey findings were as the Troubles (by 1972) split and devastated Northern Ireland, but those survey findings remain interesting even now if only because they have been mostly forgotten. When I directed a PhD student to the book only a few years ago she came back to say that a lot of the post 1998 Agreement discourse and evidence about changing identities, multiplicity rather than binary (British/Irish) was there already in Rose’s findings – perhaps an overcorrection by her on present-ism but surely an invitation to re-reading a landmark publication.

2. By 1978 I was a graduate student at the University of Hull researching Conservatism in the company of scholars like Noel O’Sullivan and a young Philip Norton. The grand, modern Brynmor John library on the campus was the fiefdom of Philip Larkin and one of its central features on the ground floor lobby, next to the cabinets of typed file cards, was a table on which were displayed ‘recent editions’ before they were put on the shelves. Walking by to spend yet another painful day on the eyes going through the microfiche collection on Conservative Party publications held in the basement, I stopped to browse and noticed a copy of David Miller’s Queen’s Rebels: Ulster Loyalism in Historical Perspective. I picked up the book – or essay as Miller described it – and abandoned my rendezvous with the microfiches, taking it up to the mezzanine lounge and spent the day reading it through. Here was another sense of discovery, an impressive and academically sensitive exploration of another terra incognita, the distinctive features of its historical, political and cultural landscape plotted on the map of contractual thought and the covenanting tradition. Though I was never entirely convinced by Miller’s thesis, Queen’s Rebels was an intellectual achievement, a significant generational influence on how loyalism became understood. Much later I was involved in the academic lobby for Miller’s book to be republished and in 2007 it was, with an excellent introduction by John Bew, making the book available to a new generation of readers.

3. As a lecturer at Ulster in the early 1980s – when an end to the Troubles seemed almost inconceivable (as Malachi O’Doherty succinctly put it, the IRA was never able to ‘escalate’ its campaign in any meaningful way to achieve its ‘goal’ but it was capable of prolonging the violence indefinitely) – the notion that the British state acted according to a consistently imperial policy in Ireland (not just Northern Ireland) was a belief widely held on the left, a belief that fed into intellectual sympathy for the IRA’s campaign as part of a wider, global, ‘anti-imperialist’ struggle’. That understanding of the role of the state in Ireland and the reasons for the IRA’s existence served to silence criticism of republican militarism within the British left, Marxist and non-Marxist. I was never ‘on the left’ but whether you were or not on the left, it was impossible not to encounter this argument for, as they say, ‘even the dogs in the street’ seemed to know. But those dogs were barking up the wrong tree. In 1985 The British State and the Ulster Crisis by Paul Bew and Henry Patterson provided a brilliant critique of the anti-imperialist framing of the IRA’s campaign and of its accompanying assumption that the British state had a vested interest in dividing the people, maintaining partition and sustaining unionism/loyalism. Their close reading of government papers in the 20th century demonstrated how little evidence there was for either proposition. They also showed (as Rose and Miller had done) the illusion of thinking northern unionism and loyalism were the mere creation of English imperialists, an ideological marionette on a string which, when those strings were cut (‘declaration of intent to withdraw’), would collapse gracefully into the nationalist embrace. The book was therefore not only an intervention in a left wing debate but also of much larger historical and political significance. Their book is worth revisiting today as evidence that bad ideas never really go away, not only in the mind of Jeremy Corbyn but also their afterlife in the post-EU-Referendum discourse in Ireland about England and Empire (and the North as its pawn).

4. When my colleague Henry Patterson was on an extended research sabbatical, his replacement at Jordanstown had been a young Spanish academic and former journalist, Rogelio Alonso. He was working on a study of the IRA and we would have regular discussions about the Troubles, now retrospective assessments of its historical character. Another colleague, Paul Arthur, had once described the task of getting face-to-face evidence in Northern Ireland as the problem of interviewing in a paranocracy so I was astonished when Rogelio told me that he had interviewed over 70 active or former members of the IRA. The publication of his research in 2007, The IRA and Armed Struggle, was a book extraordinarily revealing about the mentality of the first and the tactical logic of the second. As an outsider he had received exceptionally candid responses to his questions (possibly as an outsider his interviewees assumed that he would be in some way sympathetic to their ‘anti-imperialist struggle’). Some of the justifications had shocked him, informing the moral force of the book which ended with reference to the remark by Labour’s John McDonnell that the Belfast Agreement was due to the action of the IRA, that without 30 years of armed struggle Northern Ireland would not have had peace (see remarks above about bad ideas in politics never going away). If there was one myth the book set out to challenge head on it was ‘a self-explanatory history based on the glorification of violence, especially on the grounds that it was justified because there was no alternative’ (the mantra today is that ‘we didn’t seek the war, war came to us’, a denial of agency in short). Moreover, a prescient concern Alonso raised at the time was the possibility of ‘the armed struggle’ narrative writing out of recent history all other options. ‘What place will be occupied in history by those’, he asked, ‘who, with immense civic and human virtue, have resisted using violence, in spite of having the same grievances as those who resorted to terror?’ A good question; and for those wanting an antidote to the ‘Black Taxi Tour’ version of  the Troubles (which the Northern Ireland Office appears willing to go along with on ‘legacy issues’) this book remains vital.

5. One of the last of the part-time doctoral students I supervised through to completion was a former RUC Special Branch officer. Like many of those who arrive at university with an idea for research, the scope he proposed was too vast, too unmanageable (to be completed in six years of study and then only when time permitted). The obvious project of work was staring him in the face but it took quite a few meetings for it to become clear – not a grand theoretical work on counter-insurgency across the world but a thesis on how the IRA were compelled to abandon their ‘armed struggle’. In the meetings we had over those few years, I learned more about the ‘business end’ of the Troubles than I had in the previous thirty. The student was William Matchett and the book written out of his doctoral thesis in 2016 was Secret Victory: The Intelligence War that beat the IRA (for clarification, I had no input into the book itself, directly or indirectly). Matchett’s work is the other side of the Alonso study, showing how the police (mainly) learned from the errors of the early part of the Troubles, adapted to the changing tactics of the IRA, penetrated the organisation and used the intelligence gained to thwart its operations. That the Troubles were an inevitable ‘human tragedy’ – as the self-serving jargon of terrorists, loyalist and republican, has it – for which everyone was and remains responsible is effectively skewered as a narrative as the book examines the strategies necessary to counter the detailed planning, design, financing, recruitment and direction of IRA violence. In that regard, the book usefully addresses one of the central concerns of Alonso. But there is more. In 1961 Connolly, who had been in Spain as a correspondent at the time, reviewed Hugh Thomas’s book on the Spanish Civil War, complimenting him on its academic brilliance but also criticising what Connolly thought it lacked, a deeper feeling about motivation and personality and ‘the hatred in action to believe in it’. Yes, Thomas could describe atrocities on both sides but he failed to ‘see how appalling they were’. In his  review of  Secret Victory, Sean O’Callaghan told how a Tyrone IRA gunman confessed to him on the way to prison that ‘Special Branch have us in a vice-like grip in Tyrone and it is just too difficult to operate, so like a fool I finished up going to Antrim to get some kills and ended up here.’  The value of Matchett’s book is that you are never left in any doubt about motivation and personality, about hatred in action nor are you ever left without a clear idea of how appalling the Troubles really were.

Arthur Aughey is Emeritus Professor of Politics at Ulster University. He is currently writing a book on the Austrian province of Carinthia.