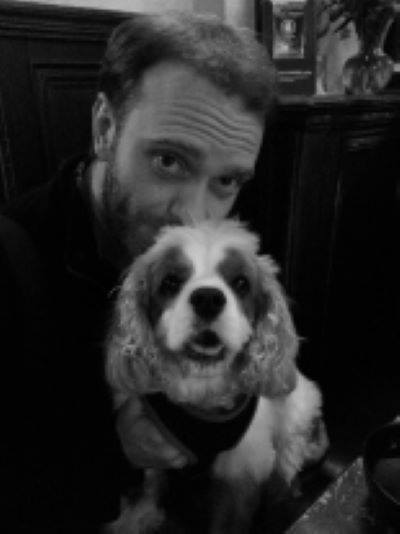 The more I think about it, I’m not sure if any study of Northern Ireland has had a profound effect on me: it’s just not that kind of literature in my view. Many books have furthered my (limited) understanding of the region’s history and politics, but I don’t feel any have ever really gripped me or made me walk away reeling from intellectual awe. I should say that I am not one of those people who derives (or labours to pretend that they derive) relaxation and pleasure from the reading of history, and certainly not histories of Northern Ireland. The thought of curling up on the sofa with a glass of wine, or of lounging in the backyard with a beer, whilst reading a book on Operation Motorman, or Gerry Adams, or some other aspect of the conflict makes me shudder. I would rather just tan the bev. When confronted with Facebook posts along these lines, I view them with a mixture of disbelief and annoyance (maybe this stems from envy, I don’t know). I am also wary of people whose favourite texts, studies, or, for that matter, music records, also just so happen to be the most obscure or niche. And as with records, I find the most influential are those that seem to get played most often over the years. Apart from one, these books seem to be pulled off the shelf repeatedly.

I keep coming back to this book. True, I have an interest in that ‘Irish habit of historical thought’, as MacDonagh termed it, which he labours to depict and account for in the book. I think he does so successfully. His attempt to account for the difference between the ‘Irish habit of historical thought’ and it English equivalent is dubious, however. Apart from anything else, someone really needed to take him aside and inform him that the sister island is composed of more than merely England. I also enjoy the thematic approach: chapters considering ‘Time’/ ‘Place’ etc. Difficult to do; which is probably why most historians of Northern Ireland don’t. Above all, I like that it is conceptually-driven; seeking to understand dimensions of the Irish mind (if indeed there is an ‘Irish mind’), rather than a study of a historical era bounded by tight periodization and nourished by a range of documents. I admire conceptual history: it enables the historian to range across the past more freely; transcending chronological boundaries (which I think many historians hide within); observing themes and establishing parallels across time. States of mind is, I think, one of the few works of Irish history that does this; or at least something along these lines. MacDonagh’s preoccupation with O’Connell tends to ground it in the nineteenth-century, however, which is a slight shame. It’s almost like O’Connell is to States of mind what Luther is to Butterfield’s The Whig interpretation of history…

Owen Dudley Edwards, The sins of our fathers: roots of conflict in Northern Ireland (Dublin: Gill and MacMillan, 1970).

Another book I keep returning to, usually when I’m feeling uninspired by Northern Ireland, and which tends to lift me. I am certainly not seeking to flatter my (former) supervisor and friend – he has little time for that, I know – although if it wasn’t for Owen I probably wouldn’t have thought to look at this book, as seems to be the case with many historians of NI. Admittedly, it’s a little tricky to come by these days having been, I think, out of print for some time. I cajoled Owen into revisiting it for Writing the Troubles which is worth a read. There are observations and insights in this book (which I shall not specify here) that I have yet to see built upon in the literature on Northern Ireland, for all of its supposed advances. The book is an example of an older, rather intriguing mode of scholarship; rigorous, certainly, but somehow freer, more experimental, and definitely less concerned with giant blocks of footnotes and formality of style etc., than much written today. The same approach can be discerned in Conor Cruise O’Brien introduces Ireland (1960), edited by Owen, although this is a more eclectic affair as it is a multivolume work, and O’Brien’s contribution is conspicuously short and lack-lustre for a book with his name in the title. As for the The sins, its profile of Paisley, and, moreover, of the complexities of Unionist politics in Northern Ireland in the late-1960s, should be required reading, not to mention Owen’s exploration of the northern Catholic psyche. Delving back into the book recently I was struck by one more thing: it was written during the early, chaotic years of the ‘Troubles’, but, crucially, before Stormont was prorogued. There is a different feel to this book….

It has been a good few years since I read this book – keep meaning to buy it. I got it out of the Linen Hall when I was researching in Belfast for my PhD and it is one of the few monographs on Northern Ireland that has held my attention from beginning to end. There are several books on northern nationalism, many of them practically the same book in my opinion, but I feel that this one stands out. I hadn’t given much thought to northern nationalism in the era surrounding partition, but I found myself intrigued by this work. I freely admit that I’m struggling to recall anything specific about it right now, other that the thoroughness of the research that underpins it – which means I really do need to re-read it. I do recall how, during one of numerous pinting sessions in the Wetherspoons in Belfast (won’t be going back there in light of recent developments), I said to my friend from Omagh who was then doing a PhD in Sociology under Katy Hayward: ‘That Phoenix book is a great work of history’. He is one of those sociologists who views history as an inferior discipline i.e. he doesn’t have the patience for history so he did sociology and flourishes in that discipline as a result. His reply was something along the lines of, ‘Oh aye? How so? I can’t understand what would make a work of history great.’ I remember giving a very shoddy answer, much like the shoddy overview of Phoenix’s brilliant book offered here. Must actually buy it…

Having this book as one of your favourite books on NI these days is a bit like being a long-time fan of Queen. Everybody is into it, just like everybody loves Queen now since that (truly awful) film came out. Of course, Bourke and Queen deserve our utmost respect (Queen more so). I got this book out of the National Library of Scotland during the early days of the PhD and didn’t really get it on the first reading. Richard was kind enough to let me visit him in London when I subsequently did some research there and, having chatted for a few hours, he said he would post me a copy. ‘That’s not right, that’s a Belfast postcode’, he said, sternly, on informing him that my Omagh postcode began with BT79. ‘All postcodes in Northern Ireland are Belfast postcodes Richard’, I replied. So it is possible to grasp the intellectual descent of ideas in Northern Ireland whilst not fathoming its postcode system…

There is little need for me to detail the strengths of this book: they are self-evident upon reading. Bourke gets a little preachy at times, it must be said and I always feel he is stronger on republicanism than Unionism. I would also go so far as to say that the ‘descent of ideas’ model utilised tends to constrict Ireland’s intellectual biography as much as it liberates it. Indeed, I have mixed views on the current dash, largely inspired by this book, to apply approaches drawn from the field of intellectual history to Northern Ireland. Arguably, Bourke’s weakness as an Irish historian stems from the very fact that he is an intellectual historian, and a gifted one at that. We are now faced with the prospect of numerous studies written by Irish historians who aspire to be intellectual historians, which is alarming. For this inclines them to write in a particular way about particular ideas and with reference to a fairly short list of canonical thinkers. That said, late on, I jumped ship, and quite rightly given my language skills, from intellectual history to Irish history as an undergraduate at Edinburgh, and this was the first book, when I got to grips with it on the second reading, in which I saw the these fields brought to interplay. There is no doubt that it remains a game-changer.

There were several contenders for the fifth spot: Alvin’s Home rule; Stewart’s The narrow ground; Wilson’s To the Finland Station (not a work of Irish history, but the type of work of Irish history that I wish did exist, and that I had written it). I settled on Hume’s history of Derry, not least as I thought it was worth throwing at least one primary source into the mix. This is not a particularly enthralling history and I don’t nominate it because it’s one I desire to emulate or that I think people will derive much stimulation from reading. It is well-researched and written, but, like any source, its value lies in how you approach and use it. This was the first sizeable primary source that, as a youthful MSc student, urged on by Alvin, I turned my mind too. I knew next to nothing about Hume or the SDLP at the time except what I had gleaned growing up – which wasn’t very much. I was also working from the edited version of the thesis published in 2002 by the Ulster Historical Society, not the original manuscript Hume submitted at Maynooth in 1964. Yet I found that within about two days I could perceive an underlying idea in the text that has since animated a good deal of my thinking on Northern Ireland and the island as a whole. I don’t feel that I’ve had that type of Eureka moment since. I remember thinking, very naively, ‘This research is wile easy hi!’ especially when I checked the relevant literature where the thesis wasn’t even mentioned. I gave a paper on Adams and Hume at Queen’s the following year and a certain scholar told me that he had had a student working on Hume’s thesis and that they had concluded that there ‘was simply nothing to be gained from it’. I’m still trying to synthesise the lines of enquiry thrown up by this, at first glance, solid but unremarkable history of Derry. I throw it into the mix just to demonstrate how sometimes hitting upon the right source can nourish your historical imagination as much, if not more, than a book.

Thomas Dolan is currently a post-doctoral fellow on the Leverhulme-funded project ‘Rethinking Civil Society: History, Theory, Critique’ at the University of York. Recently, he published a co-authored article (with James Bright and Roseanna Doughty) in Studia Hibernica surveying the challenges of producing Public History on Northern Ireland and co-edited (with Andrew Phemister) and contributed to a special edition of the Journal of the History of European Ideas on the theme of ‘Religion and Irish Political Imagination’. His article, ‘Maynooth, history, and the intellectual origins of John Hume’s political thinking’ was published in the Historical Journal in 2019. Thomas is currently researching twentieth-century Catholic visions of civil society and (slowly) preparing a monograph exploring the intellectual influence of history upon the architects of the Northern Ireland Peace Process.