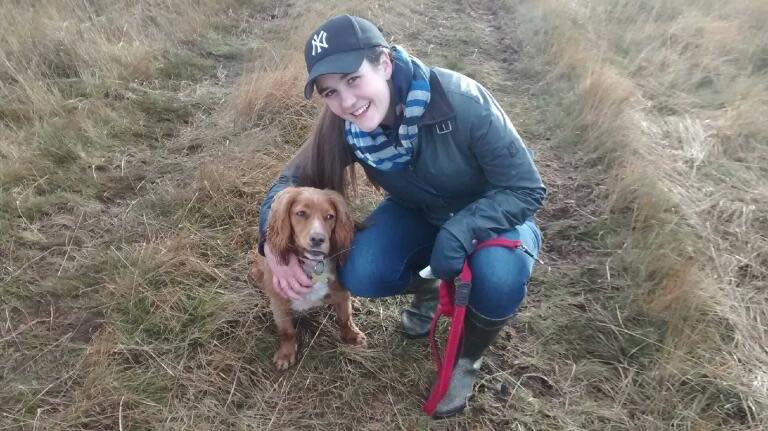 Northern Ireland history is a thrilling place to be. Brexit has prompted a recent resurgence of interest in the political situation in Northern Ireland not seen since the darkest days of the ‘Troubles’, while Lisa McGee’s highly popular sitcom Derry Girls has attracted even greater interest. But even before the Irish border question forced it back onto centre-stage, Northern Ireland, and particularly ‘Troubles’ history was experiencing an upsurge, with research expanding into new, exciting areas of the conflict. The literature on the ‘Troubles’ has increasingly moved away from hefty overarching chronologies and traditional (para)military histories. Now scholars are seeking to explore a wide range of under-exposed aspects of the conflict, recovering nuances and experimenting with methodology. The result: a more detailed, enriched understanding of Northern Ireland during this period.

My own research, perception, and understanding of the Northern Ireland conflict has been inspired and influenced by this emerging scholarship. I explore British media representations of the ‘Troubles’, and the impact of these on the lived experiences of the Irish in Britain. My research questions the simplistic belief that the press and broadcast media were mere puppets of the British government and demonstrates that the media’s coverage of the ‘Troubles’ was both nuanced and multidimensional. It investigates the role of the media in constructions of the Irish as ‘suspect’ and shows that, though representations of Northern Ireland contributed to the hostility experienced by many Irish people in Britain, this did not mean that the media failed to engage with the complexities of the conflict, or failed to interrogate the role of the British state. I explore the way stereotyped readings of the media have become ingrained in a collective narrative of the Irish in Britain, challenge these same stereotypes, and contribute (I hope!) to the on-going process of recapturing details of the ‘Troubles’.

To select just five of the books and articles that have shaped my work is no easy task, but the following have played a particularly important role:

Much has been written on the media and Northern Ireland; and the prevailing view has been that the British media provided one-dimensional, biased coverage of the conflict. Scholars assume that the media was prejudicial and that it routinely misrepresented events in Northern Ireland without examining the content of the media’s coverage or considering the available archival material, which provides valuable insight into editorial strategies and the relationship between state and media. Savage explores the response of the BBC to the conflict through a rich range of internal documents and external correspondence. He challenges the common misconception that the British government dictated how the broadcast media covered the conflict, and shows that the BBC questioned the decisions, policies, and tactics of consecutive British governments in Northern Ireland. Savage argues that far from simply chronicling the ‘Troubles’, the Corporation became a critical voice, and therefore an integral part of the conflict itself.

Few scholars have examined the IRA’s campaign, or considered the resonance of the ‘Troubles’, outside of Northern Ireland. Hazley makes a valuable contribution to our understanding of the broader impact of the conflict, but it is his notion of Irish migrant subjectivity that I find most interesting. While a significant volume of work has been carried out on the Irish living in Britain during the ‘Troubles’, this has tended to focus on the Irish experience of discrimination and invisibility, with the aim of making the Irish visible again. To this end, a wealth of oral testimony on the experiences of the Irish in Britain has been produced. Hazley argues that there is a tendency among scholars to treat these accounts as ‘objective’ fact and accept them at face value. In practice, a complex mixture of subjectivities, influenced by collective memory, as well as personal experience, informs such testimony. Interrogating the subjectivities of participants can reveal how individuals negotiate and reconstruct their experience through the prism of a collective narrative. This is particularly relevant to understanding Northern Ireland, where collective, mythologised accounts contribute to binary interpretations of the ‘Troubles’. Recognising and scrutinising the influence of collective narratives can help establish the reality of events and bring forth those whose experiences do not fall within the proscribed narrative. Crucially, it can prompt the re-examination of taken-for-granted ‘facts’, helping dismantle stereotypes and picking out nuance.

Mulcahy explores coverage of the Irish hunger strikes in the Irish Times, New York Times, and British centre-right broadsheet The Times. The hunger strikes are, in my opinion, the most fascinating episode of the ‘Troubles’. The fact that ten men were allowed to starve to death – the mind boggles. For the media, it posed a particularly interesting challenge: how do you report on something that you cannot see? Mulcahy shows that, despite limited access to the Maze prison, the press provided nuanced coverage of the protests. He acknowledges that the Times adhered to the British government’s account of the prison protests, characterising the prisoners in one-dimensional violent terms, as terrorists solely responsible for the conflict, drawing attention to their long criminal records. Nevertheless, he argues that the paper offered a critical view on the validity of the criminalisation policy, particularly in its coverage of the election of hunger striker Bobby Sands to Westminster in April 1981. Mulcahy observed that the newspaper highlighted how Sands’ election undermined the government’s claim that the hunger strikers, and the paramilitary organisations they represented, lacked popular support. Though he limits his investigation to the Times, Mulcahy’s observations can be applied to a wide range of British newspapers and suggests that press coverage was considerably more nuanced that previously credited. Mulcahy also observed, importantly, that the Irish Times offered glimpses into the hunger strikers’ upbringing, their families, and early experiences of conflict. Though such insight was not provided by the Times, other British newspapers and the broadcast media did explore beyond the strikers’ paramilitary activities. This personalisation enabled readers to consider the extent to which growing up amidst conflict predetermined the prisoners’ involvement in paramilitarism.

The notion that paramilitaries were a product of an upbringing dictated by conflict is explored in more detail by Helen Brocklehurst. Brocklehurst investigates the role of children and youth in a range of conflicts, including Nazi Germany, Mozambique, South Africa, and Northern Ireland. She argues that images of child soldiering and child victims are used, especially by the media, to emphasise the horror of war and elicit a powerful response from audiences. She argues, however, that this prevalent view of children as victims, robbed of their childhood and innocence, fails to acknowledge their agency. Her work raises important questions about how we perceive those who engage in political violence, both at the time and retrospectively. Brocklehurst challenges the simplistic belief that those involved in paramilitary violence are just inherently bad, while, at the same time, she seeks to view paramilitaries as imbued with political agency. In doing so, she forces full reflection on the motives and rationale behind paramilitary violence.

Finally, but perhaps most importantly there is Lost Lives. Too often, scholars forget the reality of the histories they study. For many people the hunger strikes, the Manchester bomb, and so forth were not simply past events, but formative episodes, which have had a dramatic and long-lasting impact on their lives. Lost Lives details the deaths of each victim of the Northern Ireland conflict. It brings home the human impact of the conflict. It is an invaluable reminder of the breadth and tragedy of the ‘Troubles’ that needs to be ever-present in our writing of its history.

These are but five examples of an ever-growing, rich literature on this subject. As Northern Ireland history ventures into new terrains, and as the introduction of alternate methodologies open up discussions, I look forward to being further inspired, my understanding of the ‘Troubles’ deepening, and this list expanding.

Roseanna Doughty is an early career researcher, recently graduated from the University of Edinburgh. Her article ‘Seamus O’Fawkes and other characters: the British tabloid cartoon coverage of the IRA campaign in England’ was published in Media History in 2018, and a second article ”Pawns in the Terrorist Game’? The Hunger Strikes and the British press’ was published in The Irish Review in 2020. Roseanna is also co-founder and editor of Writing the ‘Troubles’, a blog exploring the issues that arise from writing the contested history of the Northern Ireland conflict. Alongside colleagues Thomas Dolan and James Bright, she recently published an article in Studia Hibernica exploring Public History in Northern Ireland.