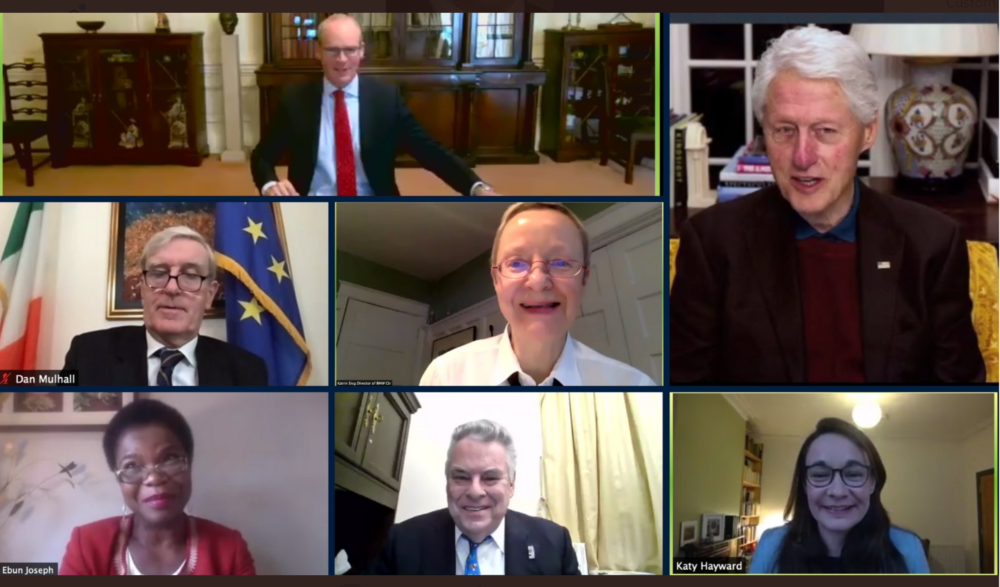 When invited to write this brief essay, I was tempted simply to name books regarded as seminal texts on the Troubles – and, as John Whyte famously noted, there is no shortage to choose from in this ‘most heavily researched’ place.[1] But this exercise has proven a rather pleasant opportunity to reflect on which books have shaped my understanding in a way that others haven’t. The books I have selected are not generally those I’m first to recommend as ‘essential reading’. There is a difference between being illuminating and informative for a reader, and influencing the way that they think; these books have done both for me. Given the enormous breadth and complexity of the topic, I readily acknowledge the subjective and limited nature of this selection. It is nonetheless interesting to consider what they have in common with each other as examples of stimulating, thought-provoking scholarship.

As it happens, these books are selected from the disciplines of history, philosophy, sociology, political science and literature – and most of them stride boldly across disciplinary boundaries. Indeed, it is fair to say that Kearney’s Postnationalist Ireland received a lukewarm reception from some social scientists merely for the philosopher’s audacity in venturing into their domain. Kearney’s claim that both Britain and Ireland ‘are capable of reimagining their ideological legacies in the light of present crises and future possibilities’ (p. 11) is a valid note of hope and warning that scholars of all disciplines may do well to bear in mind – not least at this present time. His thesis on the need to reconceptualise national sovereignty inspired my doctoral research. Although I took a rather traditional social science path (one in which I would come to query his fundamental premise), I remained ever-conscious of the limitations of social science in explaining ‘political’ matters. This is true of the topic of conflict, and most especially so when it comes to conceptualising a post-conflict future.

In a rather more straightforward way, the Cultural Traditions in Northern Ireland series is also a testament to the benefits of interdisciplinarity. I admit I am cheating by nominating a series of books here, but the beauty of the Cultural Traditions Group conferences, upon which this series is based, was the fact that no one subject was intended to be viewed alone. Indeed the nuances and differences within each subject were celebrated and explored. And so the books’ contributors engage with varieties of Irishness, Britishness, Scottishness, and even Europeanness. These scholarly papers (by intellectuals such as Roy Foster, Edna Longley, Jacques Darras) were accompanied by very practical discussions around education, arts, language, etc. It is notable, though, that the momentum behind the Group dissipated so soon after the 1998 Agreement. One can’t help but wonder whether, in the mixture of relief and caution that came with the political agreement, too much was too readily put aside in these complicated realms of cultural diversity.

The Institute of Irish Studies in Queen’s University hosted and then published the Cultural Traditions Group conference proceedings. Many of the chapters in After the Good Friday Agreement also began as papers delivered at academic seminars, in this case in the Department of Politics at University College Dublin. The editors, Ruane and Todd, had already challenged scholarly understanding of the dynamics of conflict in Northern Ireland in the mid-1990s.[2] Now this book was among the first to analyse what the 1998 Agreement might mean for that conflict. The editors’ introduction notes:

‘Both the gains made by the Belfast Agreement and its problems illustrate the central paradox in Northern Ireland: A political settlement is necessary to address the wider communal division, but that division sets limits to the viability of even the most imaginative political settlement’. (p. 29)

Ruane and Todd have written many books and many articles in the intervening years exploring this paradox in light of empirical evidence and comparative analysis. Their astute, somewhat sombre, observation as the Agreement was born has stood the test of time.

In the Acknowledgements to their book, Ruane and Todd give credit to postgraduate students who participated in the original departmental seminars, one of whom was Claire Mitchell. Her book on Religion in Northern Ireland began as a PhD in UCD in the late 1990s. As one of her fellow doctoral candidates in the Department, I confess to having been persuaded by her arguments at the time they were in formation. And these arguments very much went against what I had thought and learned on the topic up to that point. In particular, the notion put forward by the inimitable O’Leary and McGarry that religion was but an ‘ethnic marker’ was the target of Mitchell’s analysis.[3] She argues that the very nature of religious identity and practice in Northern Ireland is such that it is inseparable from political identity, beliefs and norms. Politics, and with it conflict, could not be properly understood except in light of this. Teaching sociology of in Queen’s University Belfast, I have placed this book on countless reading lists and must have read thousands of essays in response to it over the years. Students of all ages are enlivened and stimulated by Mitchell’s thesis because it makes them think differently about things they have taken for granted – an exemplar of sociological scholarship.

Another book which began as a doctoral thesis (early career scholars take heart!), is Mulroe’s Bombs, Bullets and the Border. This is the only one of my five books that directly addresses the violence of the Troubles. Even then, what is most fascinating is that Mulroe shows how responses to violence (or even efforts to pre-empt it) can become sources of deep insecurity themselves. Through meticulous archival work, and a remarkable ability to bring together high-level politics and diplomacy with on-the-ground accounts, Mulroe shows how what we have come to know as the ‘securitisation’ of the border was never inevitable. Indeed, it was a process that was perhaps characterised more by miscommunication and failure and what we might call ad hoc’ery than by strategic planning. The human consequences of this were all too tragic. As I found in my own research in the border region at the time Mulroe’s book was published, the damaging legacy of conflict, and of its mishandling by those in power, weighs heavy still.

Katy Hayward is Professor of Political Sociology at Queen’s University Belfast, and senior fellow in the UK in a Changing Europe think tank. In 2020 she received a special award from the Ewart-Biggs Memorial Prize for her commentary on Brexit and its ramifications for the island of Ireland.