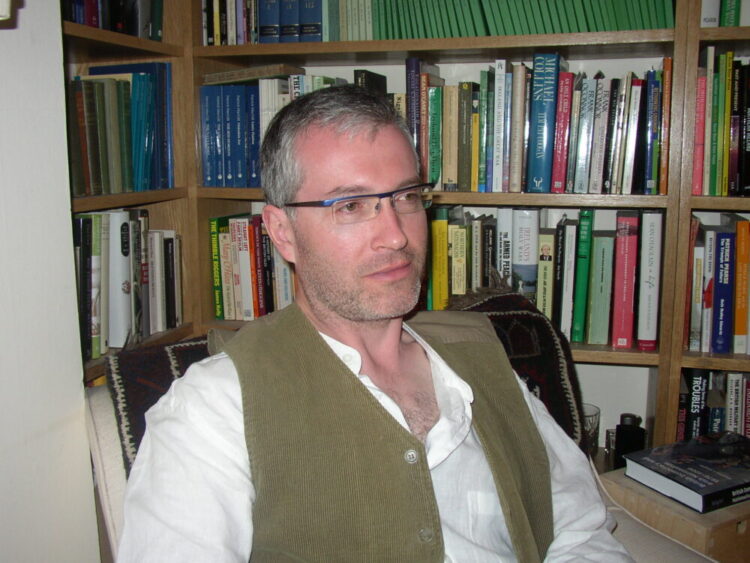 In 1984 the Northern Ireland Troubles were tragically ongoing, and Ireland represented only a very marginal element within the University of Oxford History curriculum.  Neither of these realities now obtains (thankfully). And the excitement of reading Charles Townshend’s Political Violence in Ireland: Government and Resistance since 1848 was sharpened by those dual realities. I bought the book in Blackwell’s when it appeared in paperback in 1984, and I was struck then – as I have been repeatedly in intervening years – by its profound success in generating the ‘historical illumination’ that its author sought to provide.  It’s not really a Troubles book. But its significance and perhaps even its emergence owe much to that blood-stained political context, within which it was researched and written.  The book admirably treated Irish political violence as something to be assessed in ways which would command scholarly attention from those studying violence, rather than merely Irish violence. And its wide-angled approach to the long-term trajectory which produced contemporary violence saw the need  to understand long pasts, on the basis of rich sources, and to look simultaneously at non-state violence, at state action, and at the mutually-shaping relationships between them. Townshend’s scepticism about ‘mechanistic theories’ remains compelling, as does his powerful analysis across a range of vital themes, including the economic underpinnings of violence, and the significance of local initiative and loyalties within its dynamics.

Roy Foster’s Modern Ireland 1600-1972 is more than a Troubles book too.  Again, however it is hard to understand the work’s significance, or to appreciate the excitement that it prompted, without contextualizing it within the conflict in the North. The book’s concluding encouragement towards ‘a more relaxed and inclusive definition of Irishness’ seems less contentious now than it did to some observers then. And the book continues to represent an exemplary case of resolving the tension between chronology and thematic argument. Its approach here – ‘a narrative with an interpretive level, stressing themes as much as events, and concentrating on areas that have come under recent re-evaluation’ – is easy to admire, but very hard to emulate successfully. Few books published during the Troubles remain essential reading after them, but Foster’s study unquestionably belongs on that short shelf.

One of the beneficial consequences of the appalling Troubles in the North was the production of large numbers of valuable practitioner-authored books. Danny Morrison’s Then the Walls Came Down: A Prison Journal provides an extremely valuable set of early-1990s reflections from a then-incarcerated and significant Irish republican. Accounts by earlier generations of republican prisoners remain very important sources, as with the writings of Peadar O’Donnell or Ernie O’Malley. For those wanting to understand the fluidity and the evolving approach of Northern republicans and their thinking during the peace process period, Danny Morrison’s book is a tremendously illuminating account, and one to which I have repeatedly returned.

One of those areas that has received far too little research to date remains the role and experience of the UK forces, including their military. Edward Burke’s An Army of Tribes: British Army Cohesion, Deviancy and Murder in Northern Ireland is a brilliant and fair-minded interrogation of intimate relationships and sometimes shocking violence. It focuses on case studies of particular regiments, and it does so through a deep engagement with wide-ranging sources. Burke doesn’t avoid either the awfulness of some of what was done, or the need to explain it calmly and contextually. A sophisticated and deeply impressive study.

Just when post-Troubles Northern Ireland seemed to have lost national and international attention, Brexit rearranged people’s priorities. Glenn Patterson’s Backstop Land offers a repeatedly entertaining and richly informative consideration of contemporary Northern Ireland and (to outsiders) its frequently baffling complexities and inhabitants. The book is attentive to what has changed in the North. But it also respects the enduring pain that was inflicted, and it does not dodge the issue of who decided to cause that brutal damage. Patterson is critical of a wide range of actors, but never unreasonably or exaggeratedly. And the empathy which he rightly discerns to be lacking in Northern Ireland’s post-Troubles politics, is clearly evident in his own thinking and writing. Another terrific book.

D. Morrison, Then the Walls Came Down: A Prison Journal (Mercier Press, 1999)

Richard English is Professor of Politics at Queen’s University Belfast. His books include Armed Struggle: The History of the IRA (2003) and  Does Terrorism Work? A History (2016).