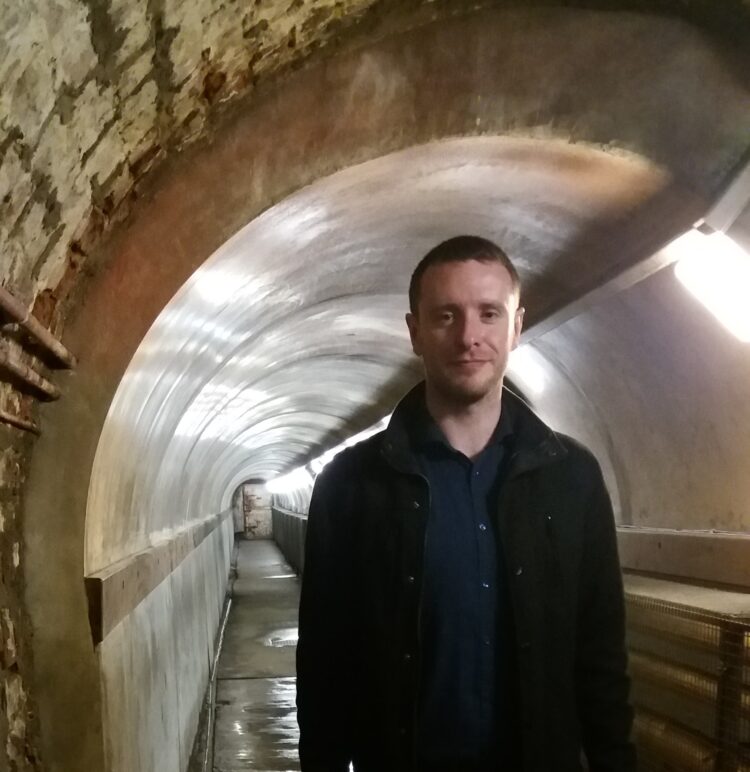 Nothing brings us closer to the grimy violence of the Troubles than the opening of Maurice Leitch’s Silver’s City. You either give up when the blood hits the carpet or persevere until its merciless end. Leitch grew up in the rural working-class mill town of Muckamore in Antrim, working in radio and for the BBC before his debut and breakthrough novel The Liberty Lad appeared in 1965. By the early-1970s he had departed, as is so often the way, for London, with the grubby tone of the story clearly enabled by exile. Its protagonist is loosely modelled on the figure of Augustus ‘Gusty’ Spence, Ulster Volunteer Force leader and later revisionist, who is sprung from a prison hospital and essentially hides out in Belfast and the coastal hinterland beyond. A Lenny Murphy figure also stalks the pages, as does an aspirational working-class Unionist politician (bearing an alarming resemblance to many we have known). Though the novel won the Whitbread Prize, local reviewers (check out Fortnight magazine) disliked being taken into this world, perhaps because it was a world they thought they knew. That in and of itself was testament to Leitch’s achievement, and though he was coy on real-life overlaps and his writing secrets, Leitch heard on the grapevine that Spence read the novel and commented that the Antrim novelist had ‘got me right in that’. Not only has Silver’s City stood the aesthetic test of time – it was reissued by small publisher Turnpike Books in 2017 – it has foreshadowed later novels about the Troubles, especially those written by protagonists-turned-authors like Ronan Bennett and Richard O’Rawe. It remains unforgettable because Silver’s city is Belfast, which more than any other is the one that ‘always made you pay for your dreams’.

Éire Nua: The Social and Economic Programme of Sinn Féin (1971)

Not strictly a book, granted – but a key (and shifting) work for a number of reasons, both in the development of the Troubles and also for its ongoing relevance. Best-known as the document that northern usurpers Adams and McGuinness trashed on their way to taking over Sinn Féin, Éire Nua is due serious reassessment. Championed by the original leadership of Dáithí Ó Conaill and Ruairí Ó Brádaigh, it contains in our times of airy talk of ‘unity’ that rarest of things: a plan. Thought went into it. The first document – it was revised in 1979 (and again later) – was structured with specific chapters on Finance, Industry, Agriculture, Fisheries, Transport, Forestry, Planning, Social Services, Education, and Trade. There is also a philosophical ideology and a pertinent section on An Ghaelige, with the recognition that the lack of Irish speaking meant that ‘national freedom will continue to elude the nation’. A later incarnation of the document, Éire Nua II, went as far as to offer a federal accommodation, a deal, to Ulster Unionism. Provincial parliaments were suggested for Leinster, Munster, Connacht and Ulster: the preservation of Stormont, in other words, with Unionist autonomy guaranteed (the idea of the capital city being shifted from Dublin to Athlone, the apparent dead centre of Ireland, was less of a runner). Though in a minority in all-Ireland terms, Unionists would be guaranteed not just by ‘their’ parliament but by constitutional and political protections that would safeguard their minority rights. Last year, Denis Bradley addressed Éire Nua in the context of Brexit and increasing ‘Think 32’ talk, referring to the Ulster Parliament idea outlined as ‘much more generous to the unionist community than anything being referenced now’ (Irish News, 5 July 2019). The original document ended by railing against the potential entry of Ireland into the European Economic Community, ‘Brussels domination’ which Sinn Féin would do everything to ‘resist and oppose’.

So much has been written of Field Day, it is hard to separate the polemic from the criticism. What Field Day realized was that the Troubles fundamentally boiled down to culture and language: get to the heart of these and you got to the heart of the division. Richtarik’s book assembles textual analysis, criticism, and careful interpretations of Field Day’s contribution. Those who lashed Field Day for its lack of historical acumen and rigidity missed the imaginative solution it offered. Wrongly seen as Seamus Deane’s baby, the actor (and often director) at the centre of all its productions was Stephen Rea, present at all Field Day’s triumphs and failures and still the last man standing with its banner. Rea’s personal life and associations reflects Field Day’s interaction with politics and history. Even if it missed the great play of the 1980s in Frank McGuinness’s Observe the Sons of Ulster Marching Towards the Somme (1985), Brian Friel’s Translations (1980), Tom Kilroy’s Double Cross (1986) and Stewart Parker’s Pentecost (of which more in a bit) are Irish plays for the ages, and the pamphlets, courtesy of a myriad of combustible commentators, will also stand the test of our time. Even its ridiculous blind spots were interesting. Richatarik depicts an eccentric, poetic enterprise functioning in the ruins of chaos; a distinctly anti-partitionist (in the very best sense of the word) mindset, touring its productions to barns and community halls on both sides of the border, breaking down different kinds of audience as well as ideological expectations.

One of the most underrated of Troubles books, Ulster’s Uncertain Defenders remains the perfect riposte to constant stereotyping and simplifications in the historiography of the Northern Ireland conflict. There is a particular focus on ‘The Labour Tradition’, built on the backs of Protestant trade unionists and ‘precarious but continuing support’, as was then the case, for the Northern Ireland Labour Party. Footnotes are not plentiful, with Nelson preferring to intersperse lucid insights with ground-level perspectives. Nelson gives you the impression she is pacing the streets, walking the barricades, having a chat at the interfaces. She has an ear for the real voices, provided through interviews, amid a justifiable axe to grind against ‘left-wing analysts of Northern Ireland politics’ who have dismissed the group this book is about. Such an attitude remains useful in 2020 (and will do beyond). Nelson is aware of the structures; the intersection of Orange lodges, public houses, Calvinist halls, street politicking – and the violence. She captures the ultimate, paradoxical rebelliousness of Ulster Loyalism. Take this from one of her young Democratic Unionist Party interviewees, a graduate from north Belfast (was it Nigel Dodds?):

‘It’s the English who are different from the rest of Britain through their own arrogance. I’ve been to Scotland and Wales and feel they’re more like us. We are safer in the UK in the long run. They’re planning assemblies for Scotland and Wales, so we could have the same thing.’

A late chapter’s focus on the growth of ‘Community Action’ anticipates the tenuous salvation of Protestant working-class communities in present times; those who do so much work to ensure young Loyalists won’t carry the baggage of their fathers. Nelson is always aware that ‘those most amenable to radical shifts in thinking were formerly the strongest loyalists’ who passed their decades through Long Kesh, Maghaberry and the ‘Crum’.

Despite the useful work of Gordon Gillespie and others, one still senses that the Ulster Workers’ Council Strike upsets and jars too many traditional assumptions to be properly understood by the partisans of Northern Irish politics. The most successful working-class strike in Europe since the Second World War, as Tom Nairn correctly put it … but what was it like for people on the ground (or should that be floor)? Parker’s final play gives us a snapshot of social life during this key, much-misunderstood episode; that which felled Sunningdale and the concept of power-sharing for a generation. It gives us the full spectrum of human (especially Protestant) experience, from the hardliners to the converts, via the ghosts of the past. It comes down to that essential condition of ordinary people trying to live ordinary lives in an extraordinary situation. The prospect of sewage rising in the streets is voiced. Harold Wilson’s ‘Spongers speech’ opens the second act, and the palpable threat and tension of that era’s present combines with what Parker always called ‘the continuous past’, represented by the bigoted revenant who emerges from the brickwork. ‘Sure, every bloody day in the week’s historic in this place’, Lenny laments. Parker was dying and knew his time was approaching as he composed what one critic called this ‘dark, glittering play’. The salvation of the ending, controversially received in amongst the accolades, should therefore make sense. But aside from its bloody historicity and social life, it is also, as Stephen Rea (who played Lenny in the original production) has said, the imagining of a future and reconciliation when none appeared in sight, not just from 1974 but also after 1985 and the furious Unionist response to the Anglo-Irish Agreement. A left-field call, but it is this imagining that defines this as one of the key works of the Troubles.

Connal Parr is Senior Lecturer in History at Northumbria University. He previously held postdoctoral and teaching posts at the University of Oxford and Fordham University’s London Centre. His first book, Inventing the Myth: Political Passions and the Ulster Protestant Imagination, was published by Oxford University Press in 2017 and was shortlisted for the Ewart-Biggs Literary Prize and the Royal Historical Society’s Whitfield Prize.