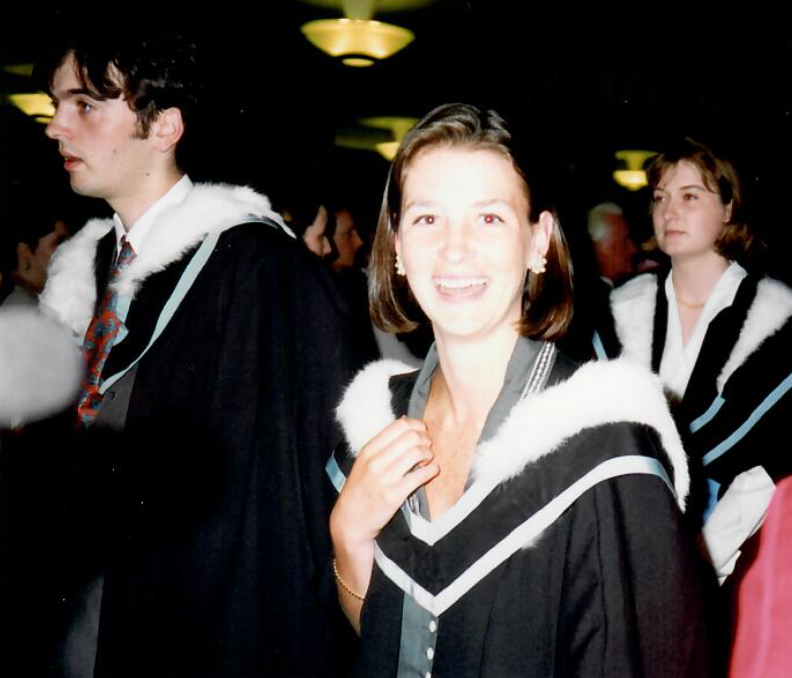 Like most of the authors I have chosen, my personal details are important in the context of texts that I’ve chosen. I was born in the early 1970s in the Divis Flats in the lower falls and grew up in West Belfast. My childhood was ‘abnormally’ normal. No-one ever really ‘explained’ that there was a conflict and what it meant. There just was. There were daily army patrols in my street, soldiers crouched down in the garden, at the gate, or at the side of the house peering through the sight of their gun. On a rarer occasion, a light would flick on in our bedroom late at night and soldiers with guns would peak their heads as part of their door to door searches. My schoolbag was searched going into every shop in town, ‘for incendiary devices’ my mummy would say. I knew the words but I didn’t really know what they meant. Such experiences and behaviours were the only normal that I had ever known. When I left Belfast to study in England months after the first IRA ceasefire in 1994, I carried my ‘normal’ with me. I automatically opened my bag at the entrance of every shop to unsuspecting security guards expecting that they would check it. I can still remember their puzzled expressions. It’s a cliché to say that my understanding of the conflict was shaped by my lived experience but it was. Like many young people in Belfast, I didn’t meet anyone from the ‘other community’ until I started university. My normal was segregated communities, segregated housing, segregated schooling, segregated lives. The texts that I’ve chosen are a reflection of my lived experience.

McKittrick, David et al. (1999) Lost Lives: the stories of the men, women and children who died as a result of the Northern Ireland troubles. Edinburgh: Mainstream

Published the year after the 1998 Good Friday Agreement, this was the first time that the names of every single person killed during the conflict was recorded together with a short paragraph for each detailing the circumstances of the death. It quickly became a reference text for scholars, journalists, and the politically engaged and was so widely sought after that it was reported to have been the most frequently stolen book from Belfast bookshops at that time. The physical enormity of the book (stretching to more than 1600 pages) paled into insignificance in comparison to the emotional enormity within. Instinctively, like many others, I turned first to the pages of people that we knew and read their story again. But this book shaped my understanding of the conflict through the pages of the people that I didn’t know. The stories that I hadn’t heard. The deaths that had been forgotten. The enormity of the conflict was exposed in opening any random page within it (which I still do from time to time). The book was marked particularly by the scholarly precision of each entry and the lack of judgementalism and its ability to re-sensitize people who had become somewhat immune to the horrors of war. It is now a reference book, it is currently out of print, and though reported to be changing hands on the second hand book market for hundreds of pounds, those of us privileged to own a copy know its real value.

I think that this was the first book I read as a teenager about ‘the troubles’. It’s not an academic book but rather a piece of investigative journalism by Dillion who worked in two of the main daily newspapers in Northern Ireland as well as for the BBC. It was often remarked that it read like a spy novel with undercover operations, agents, double agents, triple agents, arm-dealing, gun running, and a level of intricate detail that left the uninitiated reader confused and blindsided by the turn of events within the stories. And yet, amidst the seemingly unbelievable stories were references to roads and streets that I knew well. Places where I had lived. For historians, it’s a treasure-trove of source material since Dillon managed to secure interviews with key protagonists from all sides.

Set during the period of the Hunger Strikes in 1981, this play takes place in County Armagh in the farmhouse kitchen of Quinn Carney and his extended family. The play begins with the discovery of the body of Quinn’s brother Seamus, killed by the IRA for defection and buried in a peat bog for some years before being uncovered. It is a play about ‘the disappeared’, about dealing with the past, about the radicalisation of young men in conflict, and glimpses of Irish history through the monologues of Aunt Maggie Faraway when she recalls the Easter Rising and the death of her brother. Ireland’s colonial legacy is very subtly reflected in the English farmhand – Tom Kettle – who imports Royal Gala apple seeds to celebrate the Queen’s 1953 coronation, in yet another ‘Plantation of Ulster’. It takes the sometimes reductionist view of the conflict in the creative arts and lays bare its complexity,exposing the deep political divisions and spectrum of views within families just as other works do across religious and community divides. For me, it’s been one of the texts that has unexpectedly influenced my understanding of the conflict and illuminated all of the juxtapositions that we know – the past and the present, the noise and the silence, the dead and the living, the city and the rural, the joy and the anguish. Unexpectedly. After reading the play, I’ve watched it on stage twice. On the second occasion, in London’s West End, at the end of the play after the lights came up and people started leave, the quiet whispered tones of reflection between those attending gave way to a level of noise and disturbance below the circle area in which I was seated. Looking over into the stalls below, I saw something unusual. A full scale row between two parties… with yells of ‘you don’t know what you’re talking about…’, and ‘…how dare you say such a thing, …you know nothing about it’ reverberated around the red plush velvet hall. The strength of emotion and the visceral reaction on display while those around them tried to silence them or looked away reminded me again of the noise and the silence of the conflict. It’s not often that a West-End play evokes such a response and stands testament to the power of Butterworth’s written word.

This was published two years after the referendum on the Good Friday Agreement, a referendum result in which the Protestant vote was equally split. As source material for Irish historians, it is a treasure trove of more than 60 in-depth interviews with ordinary and extraordinary Protestants from six different places in Northern Ireland – North Down, North Belfast, Portadown, Borderlands, Ballymoney and Derry. In McKay’s words ‘this is a study of the people I uneasily call my own’ (p. 362). She recalls how some interviews were challenging at first, with interviewees engaging in the diplomatic dance of trying to read from social cues the religious or community background of the author before ‘Telling’ – telling their story, their perception of themselves, their perception of others, their sense of identity, as well as the complexity of it all.

Fionnuala O’Connor’s (1993) In Search of a State: Catholics in Northern Ireland. Belfast: Blackstaff

O’Connor interviewed 50 people on their sense of identity and attitudes – some well-known voices, but mostly the unknown, and focuses on their attitudes to class, political allegiance, the IRA, Protestants, Britain, the South and the Church. Delving into issues in 1993 such as what a united Ireland meant in practical terms and what it would look like illustrated high levels of ambiguity among many interviews. Mary McAleese, former President of Ireland but interviewed at that time while still an academic at Queen’s University Belfast, suggested that: ‘There are new layers of identity overlaying the old – Europe principally – that offer possibilities for extending the sense of self beyond Ireland / Britain, Catholic / Protestant. But this is still in the very early stages. Identity is mutating’. As a reminder of the thinking pre ceasefires, pre Good Friday Agreement, pre referendum(s), and particularly pre Brexit, a reread couldn’t be more timely.

Cathy Gormley-Heenan is Deputy Vice-Chancellor at Ulster University and a Professor of Politics. She is currently working with UCL’s Constitution Unit as a member of the Working Group on Unification Referendums on the Island of Ireland, a project examining how any future referendum on the constitutional status of Northern Ireland would be best designed and conducted.