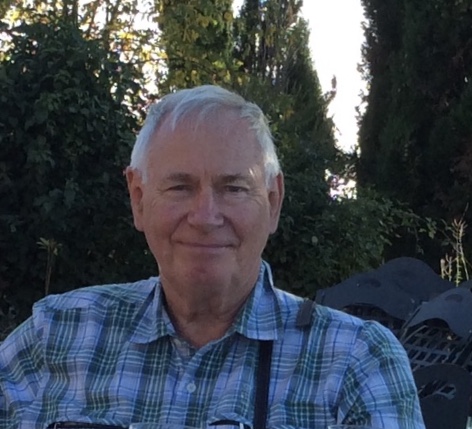 …The study of Irish history does not excite political animosity but leads to the very opposite result. Thoroughly to appreciate the history of this or any country it is necessary to sympathise with all parties…

A.C. Richey, from A Short History of the Irish People, 1869, quoted by Robert Kee, Ourselves Alone, Volume III of The Green Flag trilogy (1972).

Nice try, Dr Richey. I guess the word “thoroughly” bears a lot of weight. Perhaps it is an impertinence to quote these words, as I expect they, or at least the aspirations they express, are engraved on the soul of the Conference of Irish Historians in Britain.

When I was posted to the Northern Ireland Office for what turned out to be a spell of 10 years (1988-98) I was conscious that Ireland had a good deal of history, as much a curse as a boon some said, and that I was largely ignorant of it.

Fortunately the media gave the issues much attention and there were a number of journalists whose work was informative and penetrating, among them Mary Holland, David McKittrick, Eamonn Mallie, Frank Millar and Ed Moloney and, on television and elsewhere, Peter Taylor and John Ware, among others.

And of course there was an extensive and growing literature from distinguished historians: Nicholas Mansergh, Roy Foster, A.T.Q. Stewart, Robert Kee, Paul Bew and Ronan Fanning, to mention a few.

Nor had Northern Ireland been spared the ruminations of political scientists, among them proponents of the doctrine of consociationalism (a possibly Dutch word I never succeeded in pronouncing aloud, although it was comforting to know it was there).

But perhaps, in selecting my 5 (or 6 or 7 if I succeed in cheating a little) works which helped my understanding, I may take as read, as it were, those mentioned above.

Before, or soon after, joining the NIO, I read this excellent account of the U.S. Civil War (or War between the States), with a conspectus of its political, social, diplomatic and military dimensions. Clearly there was much to appreciate in a set of political and social conflicts which could not be resolved short of war. Viewed against an Irish perspective, there were some surprises. Here was a war where modern opinion widely regards the Unionists as the good guys, and praises their leader, despite modern norms about self-determination, for maintaining the union by repressive force of arms. And, even as I write, the flags and emblems of southern secessionists are being taken down as offensive to modern sensibilities. Perhaps if Lincoln had been in Stormont (or London)…

It was of course institutionalised slavery which explains, while not quite resolving, the apparent paradoxes. And slavery has not been an acknowledged feature of modern Ireland.

2. An Horatian Ode on Cromwell’s Return from Ireland (1650) by Andrew Marvell

This may be one of the greatest political poems in English. And it crucially bears on the tangled and bloody relations between England and the other components of “these islands”. It is also a sustained exercise in ambivalence. Is Marvell’s Cromwell a murderous and disruptive war-monger or a loyal servant bringing glory to the Commonwealth and promoting freedom elsewhere? Was he right to depose an autocratic monarchy and behead Charles I or was it, rather, the king who “nothing common did or mean”? All of these things may be true; though the last passage makes clear that Cromwell can only stay in office by using force as a military dictator. The verse form is important. The lines are relatively short: the first couplet of each quatrain having four beats in each line, the second only three. This, together with the iambic metre, and the rhyming couplets, produces a relentless drumbeat, driving the verse forward as if there were no alternative but, at the same time and in apparent conflict with that remorseless rhythm, expressing its sustained ambivalence.

This novel bears more directly on Northern Ireland as it seemed when I took up my post. Set in Belfast in the 1940s, it is the story of an IRA (the Organisation in the novel) fund-raising raid on a factory which goes disastrously wrong. In making their escape the gang’s leader Johnny fatally hesitates in an apparent loss of nerve, kills a pursuing cashier, is himself wounded, falls off the getaway car and spends much of the novel on the run and semi-delirious while his comrades and the police compete to locate and lift him. There are a number of iconic figures: the moneylender (gombeen) informer, the sympathetic priest, the devoted and beautiful girl in love with the wounded chief, some voluble Belfast housewives and the half-demented, but once beautiful, Mother Ireland granny cackling “The boyos is giving the bloody peelers hell!”

Late in the novel the (Catholic) priest offers his own soliloquy on the political situation: “Silly, silly things! Their grandiose ideals! Their stupid dreams of grandeur! Their wretched Organisation for shooting at the Police and shouting nonsense across the bogs and wild mountains of this land! And…oh, all the rest of their hysterical gibberish!”

There is also Lukey, the impoverished painter in his garret and his low life associates and the publican whose pub has been gentrified by Lukey’s murals, where Johnny briefly finds refuge. But, alongside the picaresque details, the book captures well the claustrophobia of the armed resistance and the Belfast public’s divided reaction to it.

The novel was the basis for Carol Reed’s famed film of the same name, starring James Mason. In the film version, on which F.L. Green also worked, James Mason’s character, partly because of his performance, achieves a more obviously tragic and romantic dimension. Perhaps the most moving passage in the film, when James Mason in a trance, recalling early learning, staggers to his feet to recite “Though I speak with the tongues of men and of angels, but have not charity….” is not in the novel.

John McGahern’s much later novel Amongst Women ( 1990) provides an interestingly contrasting view of the mind set of an ageing and somewhat intransigent Irish freedom fighter.

This novel, part of Farrell’s Empire trilogy, and a belated winner of the Booker prize, is set in 1919. A retired British army officer spends the summer in a crumbling hotel in Ireland. Like Elizabeth Bowen’s The Last September (1929), it strongly conveys the sense of the melancholy passing of the old order and the excitement of the new. As the fading spinsters of the Ascendancy nervously await the end, the number of (apparently nationalist) cats proliferate in the hotel.

I read this only after I had left the NIO but it has obvious relevance. It is the balanced and penetrating account by the Israeli historian Tom Segev of the British administration of the Mandate. Successive British governors struggled to provide a semblance of even handed administration to a divided community.

On the one hand, encouraged by the Balfour Declaration, there was an increasingly assertive, and in the end violent, Zionist presence, for which some, but not all, of the British governors had obvious sympathy, skilfully enlisting international support, initially in London but latterly in Washington.

On the other, were the Palestinians, less diplomatically adept and initially passive, but latterly increasingly restive as the nature of the Zionist project became more obvious. The title refers to the chit with which the presiding British officer signed off the territory as the Mandate came to an end.

Sir Quentin Thomas was a civil servant at the Northern Ireland Office between 1988 and 1998. As political director (1991-98), he led the team supporting Ministers in the roundtable talks which culminated in the Good Friday Agreement. He was subsequently Head of the Constitution Secretariat at the Cabinet Office (1998-99) and president of the British Board of Film Classification (2002-12).