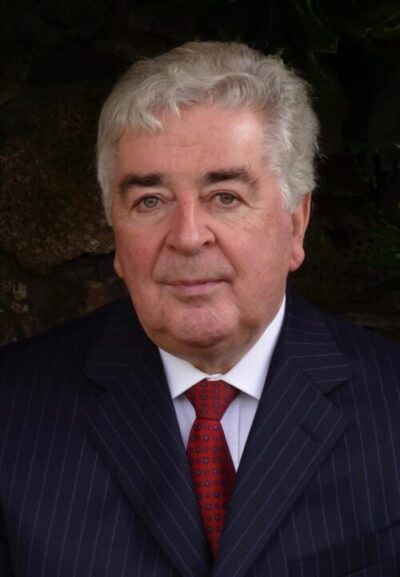 To select five books from the ever-proliferating literature of the Northern Ireland conflict is to face an acute embarrassment of choice, and a meaningful selection also requires some assumption about the prospective reader’s place on the spectrum of proficiency.

I will therefore imagine that the target reader is an English MP with a typical level of knowledge of the problem. It is safe to assume that will include an awareness that Northern Ireland is polarized between Unionist and Nationalists tribes, who never vote for each other. There will be less clarity about the reasons for this, which seem to derive from some hereditary disorder infecting the receptors both groups would otherwise have for simple English common sense, and requiring great reserves of English forbearance to deal with. I will imagine also this MP has been designated a Minister of State in the Northern Ireland Office, supplying a motive which would otherwise be lacking, to engage more deeply with the issue.

I would include these five works in the briefing material:

Brendan O’Leary has a long career of engagement with the problem and published a number of books on it of abiding relevance. He has now consolidated and amplified that body of work into a kind of Summa Hibernica, dealing with the origins of the problem, the course of its development, and even predictions about its future. The framework of his analysis is emphatically that of colonialism, which may leave some readers uneasy, not so much on theoretical grounds –  it is difficult to think of a criterion of colonialism not well exemplified somewhere in the British record in Ireland – than from a concern that it may lead to an oversimplification of the present situation, and perhaps simplistic remedies. On the latter point O’Leary sees consociation as the area of accommodation. His Treatise seeks to combine academic credentials with accessibility for the general reader, although I suspect academic purists may purse their lips at the subjective or discursive elements where the writer waxes ironic or indignant at the failings or folly he is forced to chronicle. His breadth of erudition provides an analysis which is often original and always stimulating, ensuring this monumental work a permanent place in Northern Ireland studies.

This work, by contrast, concentrates on the years 1910 to 1922, when British policy set the moulds for the politics of Ireland for the subsequent century. It is a paradox that Irish nationalists, for all their fabled emphasis on British iniquities, tend to underestimate, or even be shocked by the extent British policy on Ireland is governed by British metropolitan concerns.

Fanning’s book is a concise and readable account of this crucial period and makes clear that the Irish problem that the British felt they had to solve was the disruption which unionist disaffection might wreak at the heart of the British system. Nationalist grievances were to be addressed in the space left when this more important priority had been dealt with. The modern Irish reader may find Fanning’s scholarly account disedifying, but also perhaps instructive, depending on whether one regards Lloyd George’s almost gleeful tendency to send the fool further whenever he was lucky enough to meet one, as a feature which has now utterly disappeared from British statecraft or otherwise.

A good account of unionism has to be part of even the most restricted reading list but histories of the heyday of Stormont, such as Buckland’s authoritative studies, are of limited value as a guide to the current situation. Susan McKay’s book was published in 2000 but its sympathetic anecdotal account of the currents of opinion and perplexities of the unionist population remains instructive. She shows different facets of a community making the baffled transition from a system which reflected their ingrained conviction that full spectrum control was an essential condition of their freedom to one which offers few if any of the old points of reference and only further decline from the “paradise lost” they can still recall.

4.  Endgame in Ireland (London, 2001), by Eamonn Mallie and David McKittrick.

If journalism is the first draft of history it is difficult to think of two journalists better qualified to do that first draft than Mallie and McKittrick, two of the most eminent and respected writers on Northern Ireland. They have combined their formidable talents in two books on the Peace Process, The Fight for Peace and Endgame in Ireland, which provide a readable and well informed account of that very complex process. New archives or sources may amplify one or other detail, but their book will stand the test of time as an accurate and readable account of these seminal events.

5 Lost Lives: The Stories of the Men, Women and Children who Died as a Result of the Northern Ireland Troubles (Edinburgh, 1999, 2001, 2007), by David McKittrick, Seamus Kelters, Brian Feeney and Chris Thornton.

This is a monumental work of some 1500 pages, but it is monumental also in the memorial sense of the word. It consists entirely of obituaries of all the victims who perished in the Troubles between 1966 and 1999. There is no other book I know which better conveys the texture of the conflict and its horrors than this stark account of lost lives, often in circumstances of almost unbearable poignancy and pain. It should be at the elbow of everyone exercising power or political influence on Northern Ireland, as a sober reminder of the real cost of inhuman abstractions and political failure. It amounts also to a monument for these tragic victims, and an implicit plea not to repeat the mistakes which could add to their number in the future.

In suggesting these five books I am painfully aware that I have omitted works of literary imagination. Names such as Heaney, Mahon or Longley demonstrate the importance of this dimension for any rounded understanding of the conflict, but also the extent of the bibliography which would be needed to do it justice.