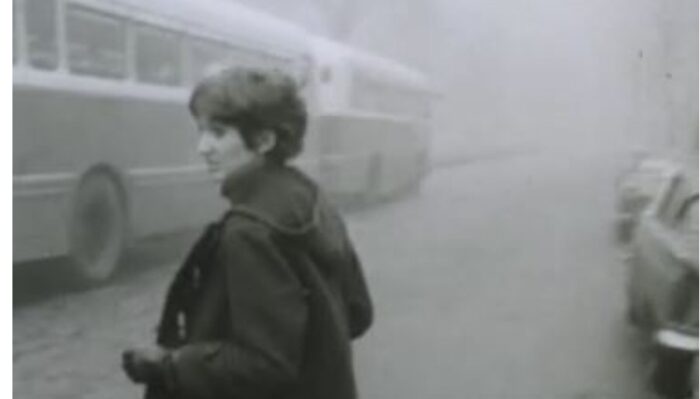 Sam McBride, Burned, The Inside Story of the Cash-For-Ash Scandal and Northern Ireland’s Secretive New Elite (2019)

Working here as reporter, columnist, commentator from four years into the Troubles, living here from birth (in 1946) with only a year’s break beyond the island and a bare four years pre-journalism in Dublin, it struck me early on that very little reading around the subject would do me. There had to be more to life. Escape didn’t have to mean frivolity or fantasy but the idea of diving into other people’s interpretations, particularly the work of academics, made the walls close in. No offence to the world of scholarship. Word of mouth and reviews say there is fine work out there, but it was them or me.

Ian McBride’s brief concentrated the mind. Trying to hold on to your sense of reality and keep your feet amid conflicting claims is a struggle in journalism everywhere. Writing from inside a sharply-divided place for readerships elsewhere, from a background in one of the main communities, trying to think inside the mindset of others without falling over backwards, this could reduce me to staring blankly at a blank page.

Glancing back over these very different books (in the order in which they appeared) resonances appear.  War and an Irish Town was a galloping read, an introduction to the self-belief of small left-wing groups though for me initially a primer on Derry, scarily intricate for any non-Derry-born journalist.

Eamonn McCann the polemicist cut through on many pages, in the bygoing explaining how and why militant Irish republicanism became interwoven with northern Catholic life, and how his socialism developed against the communal grain.

The 1947 Education Act and 11-plus, he wrote, made a great difference to his neighbourhood, the Bogside. St. Columb’s grammar school ‘was the preserve of the Catholic middle-class and, until the school got used to it, Bogsiders were made aware they were intruding. Priest in a maths class: “Where do you come from?” “Rossville Street.” “Oh yes, that’s where they wash once a month.”’

Beneath the mythology in the history which people absorbed and were taught was ‘a deep sub-stratum of truth’. The overwhelming majority of the Irish had ‘lived from day to day, fighting to tear some dignity from life, most of them finally to die amid the ugliness in which they first saw the light of day. And knowing that one of the reasons was that the country was ruled by Britain. If the movements they threw up lacked any continuity neat enough to please the detached historians’ sense of order, they did not lack in the desperation of their adherents’ search for a remedy.’

The Irish Civil War was ‘a faction fight between gombeen-men and tiny capitalists’, de Valera and Fianna Fáil ‘the most willing hierarchic stooges’. McCann used the description in J.H. Whyte’s then five-year-old history of church and Irish state of the ‘remarkable consensus’ on religious values… The Catholic populace gave no hint at protest. The Protestant minority acquiesced.’ It was difficult, McCann wrote, at the end of the 1930s ‘to detect common cause between Northern Protestants and Southern state – except that both were in the business of hammering the IRA.’

John Whyte’s ‘Interpreting Northern Ireland’ had a quality of judgement, and serenity. Reading his evaluation of wildly varying accounts brought comfort and calm at very bad times. And yes, it meant not having to read all or even many of the writers he assessed.

He gave the young Marxists their due but adjudicated: ‘McCann, like (Michael) Farrell, underestimates the tenacity and autonomy of the Protestant workers’ distinct identity.’ Then and later the most serious weakness in leftwing argument in its many strands, said Whyte, was the absence of agreed conclusions, and an insularity. ‘They publish in Marxist periodicals, they read each other’s works – and a few of them do not seem to read anybody else’s.’

Ed Moloney and Andy Pollak’s ‘Paisley’ should have been hard to read objectively (we were Irish Times colleagues a long time ago) but the detail was magnetic.

The Pollak interest in religious controversy and family inheritance of belief leavened the intricate Moloney chronology. Sociologist Joan McKiernan, Ed’s wife, as he acknowledged, spent countless hours transcribing interviews. Watching the research and writing was chastening, Andy roaming Antrim, Down, Fermanagh to meet former Paisley allies while Ed took remarkably brief time off daily journalism to hammer away at turning phone calls and files into text. They worked a staggering range of contacts to make the thunderous Paisley multi-faceted.

Political stagnation left many demoralised for most of the Troubles. Reporting from Belfast for the Irish Times had inbuilt challenges; head office had its own take on what was happening around us. Moloney, Pollak (and McKiernan) produced another dimension to the daily hassle and often horror of more violent death. Their book placed the founder of the DUP –  unionist, loyalist, fundamentalist Protestant, anti-Catholic – in historical and political context and in relation, uncomfortable, disputed, to the rest of unionism. Though it hardly clarified (could anyone?) where, if at all, a sense of British identity came into the Paisley make-up.

The revised and updated 2008 Moloney ‘Paisley – From Demagogue to Democrat?’ came out just too early to include ‘The Fall of the House of Paisley’ (as in title by David Gordon, 2010) but saw that coming. ‘The story of Ian Paisley’s journey from street-corner preacher…may yet have a Shakespearian ending.’

Lost Lives to me and I think to many is more than a book, the public memorial to the dead of the Troubles that otherwise few would have had. For once the blurbs did not exaggerate. ‘Majestic and consoling’, Nell McCafferty wrote, ‘the first of its kind to document every single person to die in a specific conflict.’

(Its mention perhaps needs further personal disclosure; of the five writers I worked with two, studied history alongside another two and am married to one of those.) Revision of the 2007 edition was almost complete when a conglomerate uninterested in it swallowed the publisher. Then Seamus Kelters, the most energetic author and one of the youngest, died.  Last year’s documentary based on the book gave the enterprise a sort of valediction, every word in it from the text.

It is a heart-breaker, not to be read for more than a few pages at a time. I never find the content consoling but the intent was entirely honourable and maintained with painful effort. The breakdown of responsibility for deaths – the IRA for 47.5%, loyalists for 29.9%, the security forces for 9.9% – has met no real argument over the years, a wonder in itself.

Re-reading the introduction by David McKittrick, the most distinguished reporter of the Troubles, was a reminder again that the waste of all that life should only be noted in journalism that stays clear of inflaming hurt.

‘We were from the start anxious to ensure that this work should not be used as a handbook for revenge,’ McKittrick wrote. So they had removed the names, of all but the generally known, of those accused, convicted or acquitted of killings or related offences. ‘We have also, as unobtrusively as possible, sought to edit out any other details which might provide pointers to persons looking for targets for revenge.’

Those who died constituted a long list including civilians, prison officers, police, soldiers, businessmen, judges and magistrates, pensioners and unborn babies, members of loyalist and republican groups. ‘They are all here. We have differentiated between the various categories of the dead but we have not judged them.’

Sam McBride is the new generation, his Burned a daunting work of research and determination. McBride’s ‘new elite’ includes Sinn Féin as well as the DUP. He takes flak daily on social media, as his paper, the unionist daily Newsletter, has done over the past few years on account of his reports. In mid-summer 2020 he also noted (in a tweet) with characteristic under-stated humour that those (mostly anonymous but clearly republican in sympathy) who praised him for giving years to ‘Burned’ were now urging him to ‘move on’ and stop reporting the out-workings of the Sinn Féin-organised Bobby Storey funeral on June 30th , with its breaches of Covid 19 regulations.

What McBride’s Burned contributes is a perspective on the aftermath of the Troubles, from someone born the year of the first major ceasefire. His book concludes by twinning ‘the uncertainty of Brexit’ and dismay at the incompetence across government revealed by RHI. When Northern Ireland’s centenary is marked in 2021, he writes, ‘allegiances will be pondered and in some cases reassessed’.

Even a united Ireland would in all likelihood involve a Stormont administration, so it should be in the interests of both unionism and nationalism to rectify the faults exposed by the RHI scandal. But what senior DUP figures such as Arlene Foster had done had been ‘recklessly detrimental’ to the Union. If they did not change their ways he saw the potential collapse of Northern Ireland.

Downbeat last words, but in the age of Covid and the decline of print his newspaper’s support of McBride and his own skill are a prop and stay.

Fionnuala O Connor is a journalist in Belfast who worked first as an Irish Times reporter in Dublin, then in the paper’s Belfast office from 1973 to 86 before freelancing as feature writer, columnist and broadcast commentator. She is married to David McVea, the last person to join the team which produced Lost Lives.